The FAA wants your drone far, far away from the Super Bowl 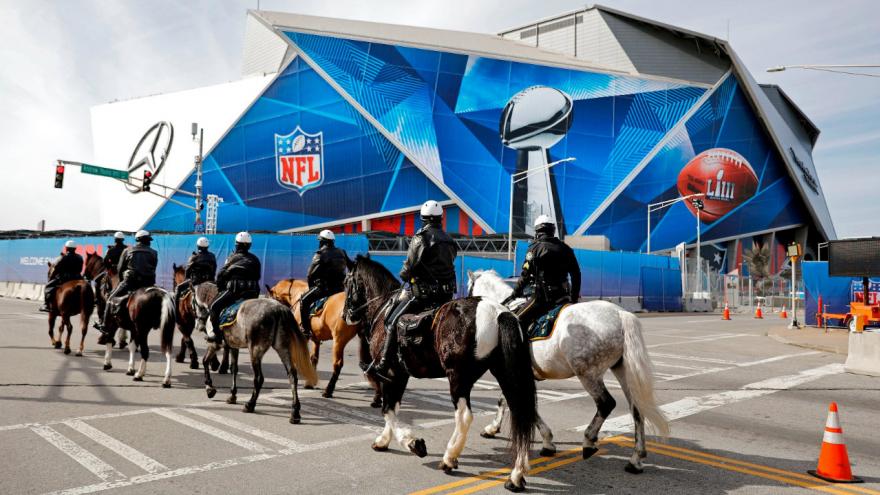 (CNN) -- At least six drones have been confiscated after flying near the Mercedez-Benz stadium in Atlanta ahead of the Super Bowl, authorities said.

The drones were nabbed Thursday for violating a temporary flight restriction within a 30-nautical-mile radius of the Mercedes-Benz stadium, the FAA and the FBI said.

The ongoing flight restriction will last until after the game on Sunday.

It's unclear if the drones' owner will face any penalties. Those who violate the flight restriction could face civil penalties that exceed $20,000 and potential criminal prosecution for flying drones, the FAA said.

Authorities and NFL officials had warned drone operators about flying near the stadium.

"We want everyone to come and have an awesome time and see this amazing venue but we also want you to leave your drones at home," said NFL Chief Security Officer Cathy Lanier.

As Super Bowl Sunday approaches, a massive security operation is underway. Thousands of law enforcement officials have started patrolling -- with dogs, on horseback, and in helicopters.

US Secretary of Homeland Security Kirstjen Nielsen said Secret Service officers and the US Coast Guard are joining local and state agencies to keep fans safe.

"We are also ensuring that criminals don't use these events to exploit the most vulnerable among us," Nielsen said about the ongoing operations to address sex trafficking.

As of Friday, authorities have rescued four women and made 40 arrests for sex trafficking, a spokesman with the Department of Homeland Security said.

More details about the cases were not immediately available.

On game day, fans are urged to leave firearms at home and bring a clear bag to the stadium. Security will turn away fans who bring large purses, but not those carrying small clutch bags or clear bags no larger than 12 inches by 6 inches by 12 inches.