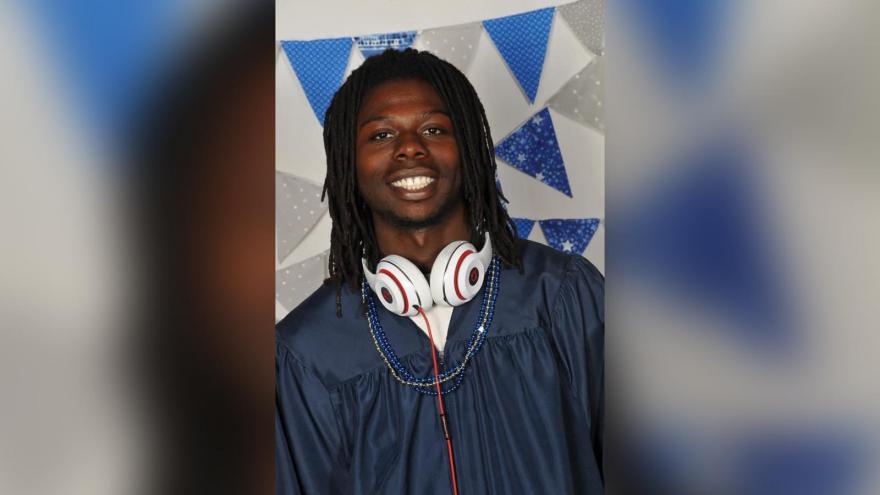 The FBI and California Attorney General's Office will now be monitoring the investigation of Robert Fuller, who was found hanging from a tree in Palmdale, Los Angeles County Sheriff Alex Villanueva said at a press conference Monday.

(CNN) -- The FBI and California Attorney General's Office will now be monitoring the investigation of a man found hanging from a tree in Palmdale, Los Angeles County Sheriff Alex Villanueva said at a press conference Monday.

Robert L. Fuller, 24, was hanging from a tree early Wednesday. Fire department personnel who responded to the scene determined he was dead, the Los Angeles County Sheriff's Department said in a statement. Fuller's death was described as "an alleged death by suicide."

"Our department has been in contact with the California Department of Justice and the FBI and our intent is to be able to share information and details so they can compare also to the Palmdale incident," San Bernardino County Sheriff's Department Public Information Officer Jodi Miller told CNN.

Despite Fuller's death being consistent with suicide, officials "felt it prudent to roll that back and continue to look deeper," said Los Angeles County Medical Examiner Coroner Dr. Jonathan Lucas.

"Hangings in public, suicides, do occur with some regularity," Lucas said. The signs seemed to point in the direction of suicide, but the cause and manner of death were never officially determined as officials await further investigation and toxicology reports. An autopsy was completed last Friday.

Nothing but the rope, the contents of Fuller's pockets and a backpack he was wearing were found on the scene, according to Los Angeles County Homicide Capt. Kent Wegener.

Investigators are researching Fuller's medical history, looking for the witness who reported the hanging and searching for contacts in Arizona and Nevada. They will also analyze Fuller's cell phone and are looking for neighborhood surveillance video.

Authorities will be interviewing Fuller's case worker at the Department of Public Social Services as well as anyone who may have had contact with Fuller.

The San Bernardino County Sheriff's Department is also investigating a hanging that took place prior to Fuller's case.

Dispatchers received a call from a woman May 31 at 7:07 a.m. saying her boyfriend, Harsch, hanged himself, according to a news release from the San Bernardino County Sheriff's Department. The release said Harsch was found at a homeless encampment.

Investigators did not find any evidence of foul play. An autopsy was conducted on June 12 and there is still no signs of foul play, the release said. The forensic pathologist is waiting for toxicology results before assigning the cause and manner of death.

Sheriff Villanueva in Los Angeles County said his department intends to have conversations with officials in San Bernardino County.