The FBI has identified people suspected of making threats to HBCUs this week, official says 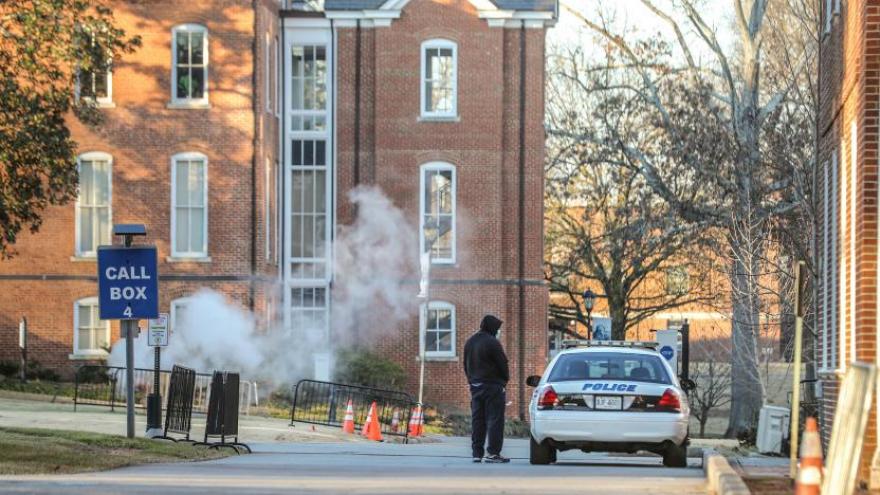 The FBI has identified the people suspected of making threats to HBCUs this week. Pictured is the Spelman campus in Atlanta on February 1, the day 14 HBCUs received bomb threats.

(CNN) -- The Federal Bureau of Investigation has identified individuals suspected of making bomb threats this week directed at historically Black colleges and universities, according to a law enforcement official.

No arrests have been made, the official said.

At least 14 HBCUs reported bomb threats Tuesday, the first day of Black History Month, resulting in some canceling classes for the day. At least one of them, Howard University, also received a bomb threat Monday.

"We've had these challenges before," Howard University President Wayne Frederick said Tuesday. But "since I've been here (as a student) in 1988, it has not been this widespread and also, I think, this overt."

The FBI said Tuesday that the threats are being investigated as hate crimes.

"This investigation is of the highest priority for the Bureau and involves more than 20 FBI field offices across the country," the FBI said in a statement.

"Although at this time no explosive devices have been found at any of the locations, the FBI takes all threats with the utmost seriousness and we are committed to thoroughly and aggressively investigating these threats," the FBI said.

The FBI declined to provide further information due to the ongoing investigation.

Many school officials were quick to postpone classes Tuesday as police searched campuses for any evidence of the threats.

"I'm uneasy," said Calvert White, 22, a student at Jackson State University in Mississippi. "HBCUs have a long history of physical threats just because of our existence. I think that the threats aren't individual or coincidental -- that it's a clear attack on Black students who choose to go to Black schools."

While it's not clear who made the threat, "I think the uncertainty, especially in the age of Covid and heightened race relations, is part of the goal of whomever has been making the threats," he said.

In Atlanta, Spellman College received a bomb threat overnight, CNN affiliate WGCL reported. Student Saigan Boyd, 19, said she woke up in her dorm about 5:30 a.m. and got an email about the threat within half an hour.

"It was very disturbing ... It made me feel as though that I am not safe," she said.

"It makes me realize how there are still these terrorists that are trying to stop minorities from advancing or just getting a simple education from a predominantly Black institution," Boyd said.

"I'm just ultimately tired of dealing with this level of unsolicited hatred," she said. "I'm just tired of being terrorized like how my grandparents were."

Boyd said she is more "disappointed and annoyed than anxious. I just feel that a lot of time has passed for us to keep going through this same pattern of racism."