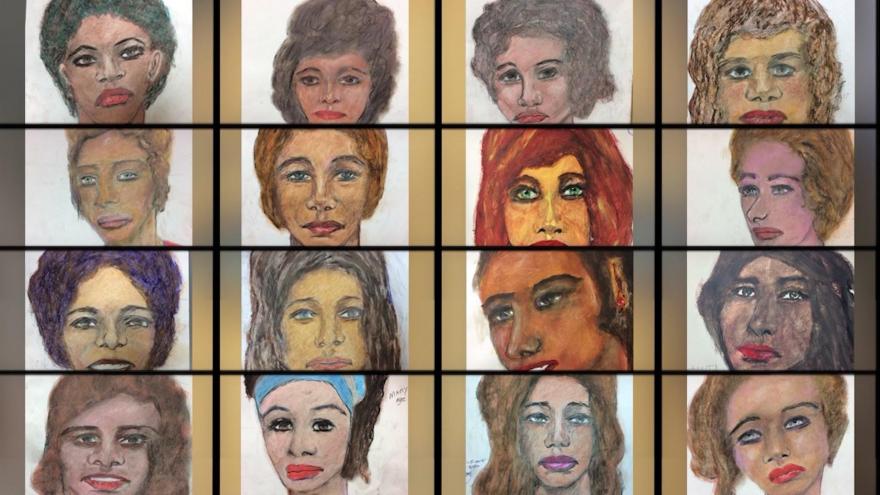 Samuel Little, 79, confessed to strangling 93 victims between 1970 and 2005 last year -- triple the number of victims that Ted Bundy confessed to killing.

(CNN) -- Samuel Little, 79, confessed to strangling 93 victims between 1970 and 2005 last year -- triple the number of victims that Ted Bundy confessed to killing.

Now, the FBI is asking the public to help identify more victims of the man they say is America's most prolific serial killer.

Little targeted women, often of marginalized and vulnerable groups, many who were involved in prostitution or suffering from drug addiction. Their bodies sometimes went unidentified and their deaths uninvestigated.

The FBI is hoping to change that.

"For many years, Samuel Little believed he would not be caught because he thought no one was accounting for his victims," said ViCAP Crime Analyst Christie Palazzolo in a statement. "Even though he is already in prison, the FBI believes it is important to seek justice for each victim—to close every case possible."

That's where the public comes in. FBI crime analysts believe all of Little's 93 confessions are credible, but so far they've only been able to verify 50 of them.

They've released information about five cases on the agency's website, "in hopes that someone may remember a detail that could further the investigation."

Each case presented is accompanied by a video of Little explaining the incident and a hand-drawn photo by Little of the woman.

The FBI has used this strategy before, releasing 16 victim portraits Little drew in February.

Little is currently serving three life sentences in California. Before FBI agents knew about his connection to these dozens of murders, Little was already imprisoned for beating and strangling three women.

Then, in 2018, agents noticed his name popping up in connection to other unsolved murders across the country -- especially to one in Odessa, Texas. Texas Ranger James Holland and two FBI crime analysts traveled to California to interview Little over the course of May 2018.

CNN emailed the FBI for comment, as well as information on whether his charges are being updated, but we have not received a reply.