The federal government is about to hit its credit limit 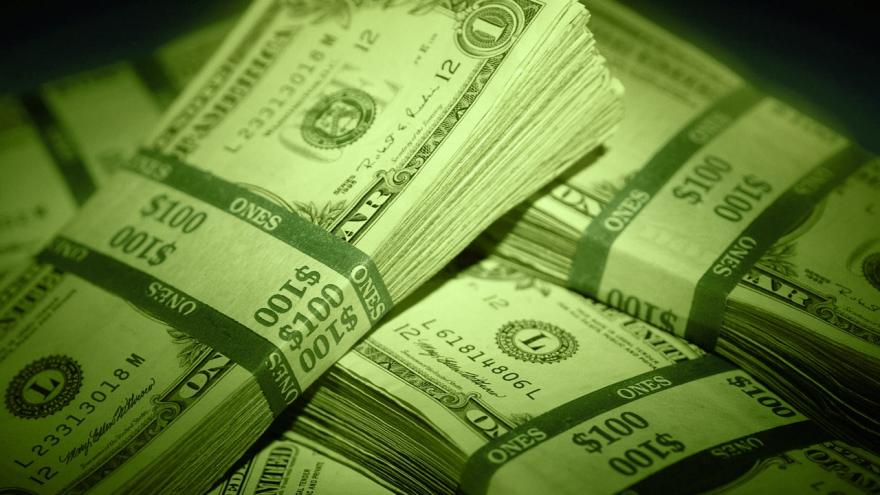 (CNN) -- On Saturday, the federal borrowing limit set by Congress kicks back in, freezing US debt at its current level -- a shade over $22 trillion, a record high -- and there's no clear plan in sight for lawmakers to extend new borrowing power.

While the US Treasury isn't immediately at risk for default, the situation raises that alarming prospect, which Federal Reserve Chairman Jerome Powell described earlier this week as a "very big deal."

But White House economist Kevin Hassett, chair of the Council of Economic Advisers, downplayed the risk on Friday.

"I can tell you that if you look back at previous debt limit debates, that they've always sort of worked out in the end," Hassett told CNN's Poppy Harlow.

The ceiling was initially intended to control spending by the federal government, but instead Congress has continued to approve increases to accommodate continued borrowing.

Last year, Congress suspended the limit altogether rather than voting to raise it -- a move aimed at forcing spending cuts, or at least preventing Republicans from having to vote for more borrowing ahead of the midterms. That suspension runs out March 1, but this isn't the first time the US government has run up against the debt limit.

For years, the United States has been spending more money than it collects in taxes and other revenue, forcing the Treasury Department to borrow money by issuing bonds.

The modern debt limit was formally established in 1939 as World War II was looming, and it was regularly raised without any political fights until 1953.

That year, the Senate tried to block Republican President Dwight Eisenhower from raising the limit to build a national highway system. And the politicized debate over the debt limit has routinely resurfaced over the ensuing decades.

In the 1960s, the issue was raised again for those worried about the expansion of government spending due to federal credit guarantees, new social insurance programs, and the escalation of the Vietnam War.

Debt limit measures were also a feature of congressional conflicts with the Nixon and Ford administrations in the early 1970s.

And in 2011, some Republicans threatened not to raise the debt ceiling in a standoff with former President Barack Obama over a government spending impasse. Fears that the US might renege on its payments rattled financial markets and wound up forcing the S&P, a major credit rating agency, to downgrade its rating of sovereign US debt for the first time in history.

And as far as immediate prospects today, policy analysts don't expect Congress to be rushing anytime soon to lift the statutory limit.

"We think there is little appetite for a fight over the debt ceiling, and we expect Congress will raise the debt ceiling in the next several months," Brian Gardner, director of Washington Research at Keefe, Bruyette & Woods, wrote in a note to clients this week.

Once the deadline passes, Treasury will no longer be able to borrow additional funds to cover its costs. Instead, it will have to employ so-called "extraordinary measures" -- a tactic both Democratic and Republican administrations -- have used to continue to pay the country's IOUs.

Treasury Secretary Steven Mnuchin last week sent a letter to House Speaker Nancy Pelosi ahead of the March 1 deadline, formally notifying her that he would need to start taking "certain extraordinary measures in order to temporarily prevent the United States from defaulting on its obligations."

The Treasury will run out of money to pay the nation's bills by the end of the government's fiscal year around Sept. 30, according to a forecast by the Congressional Budget Office this week.

The Trump administration has not yet released a formal estimate of when it anticipates to run out of money.

A borrowing crunch is different than last month's 35-day government shutdown, which was essentially an accounting problem. Without borrowing authority, the Treasury will run out of operating cash -- at which point, according to the CBO report, "the government would be unable to pay its obligations fully, and it would delay making payments for its activities, default on its debt obligations, or both."

A default would risk the position of US debt as a global safe haven investment and rattle financial markets.

President Donald Trump last year suggested he'd be open to getting rid of the debt ceiling altogether as he tried to strike a budget deal with Democratic congressional leaders last year.

When asked earlier this week about the economic effect if Congress does not to vote to raise the debt ceiling soon, Powell said it would be a "distraction" and create "a lot of uncertainty" for what he described as "a pretty good economy."

"It's beyond even considering that the United States would not honor all of its obligations and pay them when due," Powell told senators on Tuesday, while testifying on the state of the US economy. "It is just something that can't even be considered."