The Grateful Dead have released a line of vegan deodorant 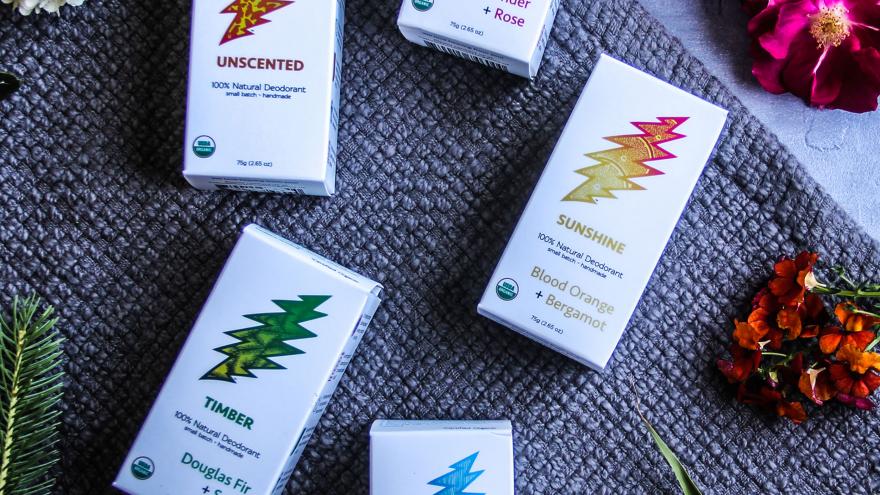 (CNN) -- What do you suppose a true, diehard Deadhead smells like? Sweat, beer, patchouli or maybe way too much weed?

How about rose, lavender and juniper?

In collaboration with North Coast Organics, the Grateful Dead have launched a line of deodorant, yes deodorant. It might seem off-brand, but for the rock legends who were long labeled as hippies, a vegan line of deodorant is kind of fitting.

All are handmade in small batches, using 100% natural, vegan, edible ingredients, according to a news release.

"I have been a Dead Head since 1999," North Coast Organics CEO Nathan Morin said in a statement. "The music and spirit of the Grateful Dead have influenced my company's core principles of service, veganism, and organic agriculture."

"The Grateful Dead have inspired us to stay true to our main mission of social responsibility. We took care in creating special oil blends that reference the Grateful Dead's music," Morin said.

The Grateful Dead, which was formed in 1965 in San Francisco, was inducted into the Rock and Roll Hall of Fame in 1994. After the death of lead guitarist and vocalist Jerry Garcia, however, it disbanded. The remaining members of the band have done individual and reunion concerts since then. In 2015, the surviving band members reunited for a series concerts called "Fare Thee Well: Celebrating 50 Years of the Grateful Dead."

The band's legacy manager and archivist David Lemiuex said the line of deodorant aligns with the Deadheads' "love of the world around us."

"North Coast Organics lives and functions as we do, with an awareness that the future's here, we are it, and we need to take care of the planet and ourselves," Lemiuex said.