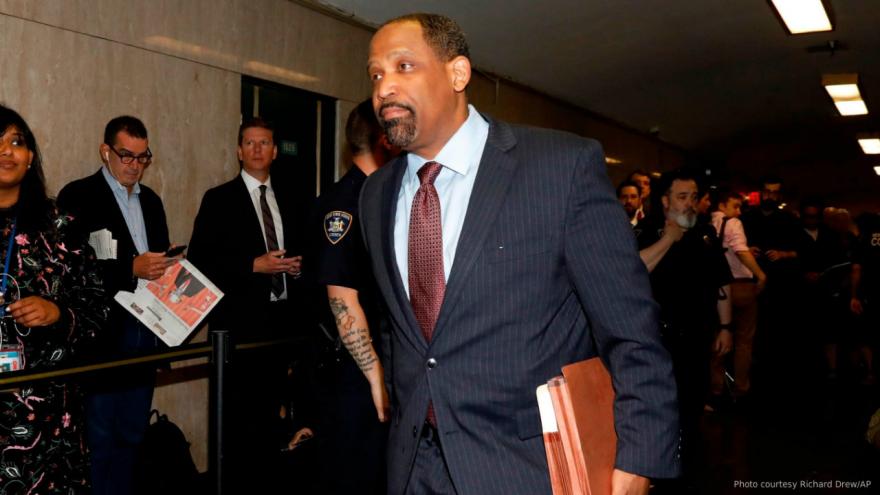 (CNN) -- A Harvard University law professor who faced criticism on campus for representing Harvey Weinstein in his sexual assault trial is being relieved of his position as faculty dean of an undergraduate house.

The couple are the first black faculty deans in Harvard's history.

Khurana, in a letter explaining his decision not to renew the couple's deanships, wrote generally about a deteriorating climate in the 400-student house but did not specify the underlying issue.

"Over the last few weeks, students and staff have continued to communicate concerns about the climate in Winthrop House to the college. The concerns expressed have been serious and numerous," Khurana wrote.

"This decision in no way lessens my gratitude to them for their contributions to the college."

Sullivan made waves on campus in January when he decided to represent Weinstein, the former movie mogul whose downfall helped launch the #MeToo movement.

Sullivan and Robinson reacted to the decision in a statement to CNN:

"We are surprised and dismayed by the action Harvard announced today. We believed the discussions we were having with high level University representatives were progressing in a positive manner, but Harvard unilaterally ended those talks.

We will now take some time to process Harvard's actions and consider our options.

We are sorry that Harvard's actions and the controversy surrounding us has contributed to the stress on Winthrop students at this already stressful time."

That same day, Sullivan sent a lengthy email to undergraduate students and resident tutors at Winthrop House, defending the idea of representing people deemed to be "guilty, unpopular, vile or undesirable."

"It is particularly important for this category of unpopular defendant to receive the same process as everyone else -- perhaps even more important," Sullivan wrote.

The decision to represent a high-profile defendant in an assault case was fraught on Harvard's campus, where sexual assault and harassment have been a major issue.

Sullivan is a longtime criminal defense attorney and criminal justice reform advocate. He represented the family of Michael Brown, who was fatally shot by police in Ferguson, Missouri, and he spent his early legal career at the Public Defender Service in Washington.

Weinstein is accused of raping a woman in a New York hotel room in 2013 and forcibly performing oral sex on another woman at his Manhattan apartment in 2006.

The former film executive faces five felony charges: two counts of predatory sexual assault, one count of criminal sexual act in the first degree, and one count each of first-degree rape and third-degree rape. He has pleaded not guilty to all charges.

Weinstein has denied all accusations of nonconsensual sex.

The trial is to begin September 9.