The holiday everyone needs right now is upon us: Fat Bear Week 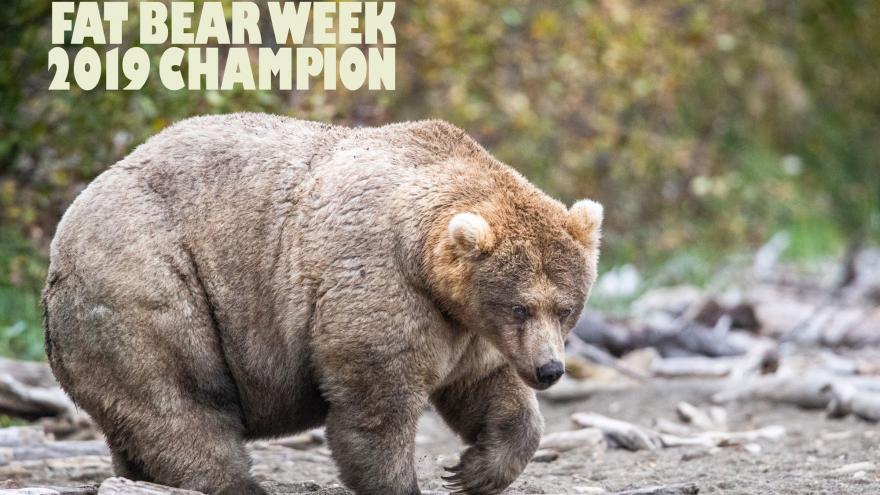 (CNN) -- Fat Bear Week -- the one time a year where you can openly and proudly cheer for your favorite chubby bear -- is back.

The annual competition, held by Katmai National Park in Alaska, crowns the fattest bear in the park's Brooks River.

Created six years ago, the competition features the area's largest bears competing against each other in a full on tournament -- bracket and all.

The first official day of voting -- via online submissions -- begins on Wednesday, September 30 and the winner will be picked on Tuesday, October 6.

For bears, gaining weight before hibernation is really important for their health.

"There is no shame in winning this contest as large amounts of body fat in brown bears is indicative of good health and strong chances of survival," the National Park Service said in a news release last year.

Brown bears in Alaska are the largest in the world and can weigh between 600 and 900 pounds. They are usually twice as heavy before hibernation as they will be come spring.

"During winter hibernation, which can last for up to half of the year in their den, a bear could lose up to one third of its body mass. In preparation, the bears are entering hyperphagia this time of year, a state in which they eat nearly non-stop," the park service said.

Brown bears and eat up to 90 pounds of food each day, including other smaller mammals, salmon, berries, flowers and herbs.

Will last year's winner, 435 Holly, keep her champion title? You can help decide.