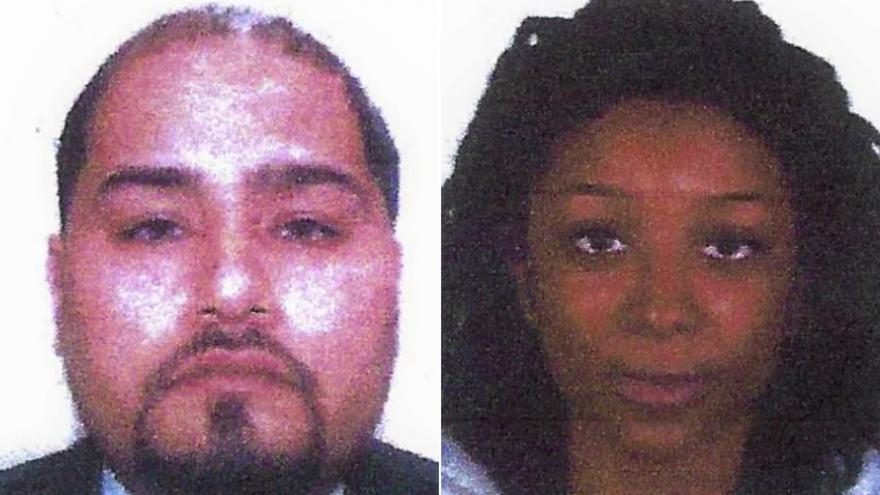 (CNN) -- A Jet Ski bearing the registration number of one used by two Americans missing in Barbados has been found, according to the press secretary for the Barbadian prime minister.

Oscar Suarez, 32, and Magdalena Devil, 25, went missing June 24 after they rented a Jet Ski on Holetown Beach. The search for the pair was called off last Sunday.

The Jet Ski was recovered Saturday off the coast of the island of Guadeloupe by a French navy ship, according to a news release from Roy Morris, press secretary to Barbadian Prime Minister Mia Mottley.

The registration number, 162H, matched the one on the sporting watercraft rented by the couple, the release said.

There was no sign of either Suarez or Devil, the release said, citing French authorities.

"Prime Minister Mia Mottley and Minister of Tourism Kerrie Symmonds have been informed of the discovery," the release says, "and local authorities will make immediate contact with the families to inform them of the development."

It added that Mottley previously met with the families of the missing couple and "expressed regret at the unfortunate events," and invited them to return to the island anytime over the next year at the government's expense.

Barbados' coast guard stopped searching for the pair at sunset on June 30, after the US, which was also helping with the search, withdrew its assisting aircraft.

But their families have been desperately looking for answers.

"We are overwhelmed and exhausted," Suarez's sister Susanna Cruz told CNN late last month. "More than anything, we are holding our faith that they will be found."