The Kentucky county where the water smells like diesel 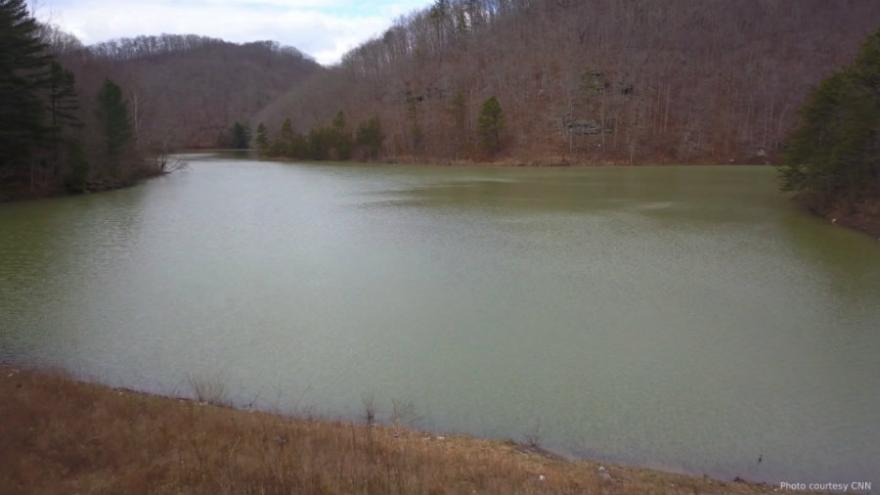 (CNN) -- For the past 20 years, Hope Workman has hustled up a dirt path on the side of a mountain in Lovely, Kentucky,just to get drinking water. She doesn't trust what comes out of her tap. 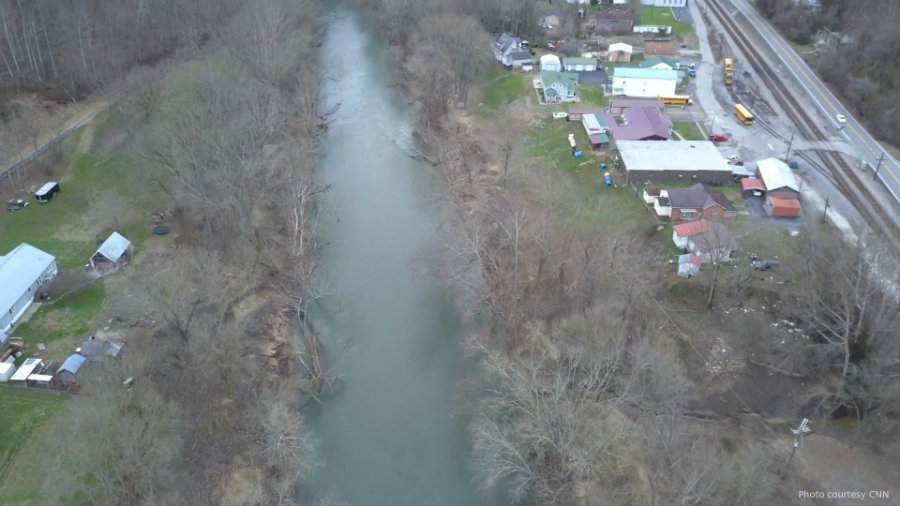 If she's by herself, she'll take her ATV. If one of her daughters is coming along, they take their four-wheel-drive truck. It takes her about seven minutes to grind up the hill before she reaches her destination: a small plastic well tapped into the side of the mountain with a 3½-foot PVC pipe.

The day CNN visited, the temperature was just above freezing, and Hope's hands shivered as she filled jug after jug with crystal-clear drinking water.

"This is what we go through to get water, unfortunately," she said.

Workman is not the only person in Martin County, Kentucky, or America for that matter, who struggles to get clean water. Two well-publicized crises include Flint, Michigan's, lead contamination and Puerto Rico's failing water systems in the wake of Hurricane Maria.

According to the the society, about, about 1 million miles of pipes crisscross the country to deliver us clean water, much of it overseen by local municipalities that are challenged with aging hardware. Many of these pipes were laid underground nearly a century ago and are reaching the end of their life spans. As they age, they can crack, and water breaks become more common. In fact, the entire country loses nearly 6 billion gallons of water a day just to leaky pipes. ,.

For many cash-strapped local utilities, it's difficult to find the resources to manage a problem we rarely see.

But when the problem does come to the surface, it's hard to ignore. Just ask the residents of Martin County. Customers of the county's water district post videos and pictures on social media of brown cloudy water spouting out of their taps. Sometimes, it comes out looking like blue Gatorade. Sometimes, it smells like diesel fuel.

Locals ask themselves, "Just what's in the water?"

Until several months ago, customers received notices on the back of their water bills stating that their water had been tested and found to be above federal limits of trihalomethanes and haloacetic acids. These contaminants are a reaction between the chlorine used to treat the water for bacteria and organic matter that may be found in the water or the pipes. Exposure to these chemicals could mean an increased risk of cancer.

Eastern Kentucky has some of the highest levels of cancer in the country due to smoking and obesity, but residents here also wonder whether their water is to blame.

Martin County resident BarbiAnn Maynard is convinced that her mother's cancer was related to the water.

"We don't really know what to do. We're just scared of the water and have been for years," she said.

"You're afraid to wash your hands if you've got a cut," Maynard said. Taking a shower is no better. "I don't feel like I'm getting clean. I might smell a little bit better, but I don't feel any better about it."

Dr. Don Lafferty, a local physician, feels that he's in a difficult position when patients ask him whether the water is the source of their health issues. "I can't tell them it's safe or it isn't safe," he told CNN's chief medical correspondent, Dr. Sanjay Gupta.

"We shouldn't have to be asking ... in 2018 whether or not water is causing cancer in our region."

Nestled in the hills of Eastern Kentucky, Martin County has had a long history tied to coal. Between 1918 and 2015, the county produced more than 436 million tons of coal.But as the coal industry died out, Martin County struggled. Nearly 40% of its population lives at or below the federal poverty level. The unemployment rate in the county is almost double the national rate.

But poverty hasbeen endemic to the area for years. President Lyndon Johnson came here in 1964 to launch his War on Poverty.

"In 2018, in the very place where LBJ declared war on poverty ... water is our number one issue. That's hard to imagine," said Gary Ball, editor-in-chief of the local weekly newspaper, The Mountain Citizen.

What's happened in Martin County is a worst-case scenario that may be happening in other parts of the country, said Lindell Ormsbee, director of the Kentucky Water Resources Research Institute at the University of Kentucky.

"I think it's somewhat of a systematic representation of what's happening in a lot of other placeswhere no one's looking. It's almost like the proverbial canary in the mine," Ormsbee said.

A large part of the issue in Martin County is just hardware itself. There are about 300 miles of piping that deliver water across the county, placed up and over rocky terrain, making them even more susceptible to leaking. Today, more than half of the water that leaves the Martin County Water District treatment center doesn't make it to the faucet.

When water systems are operating optimally, there is enough going through the pipes at a high enough pressure that debris from outside the pipe can't make its way inside. Essentially, there's so much water going through so quickly that even if there is a crack in the pipe, the water can act as a barrier. But as soon as that pressure drops or there's less water going through the pipes, there is suddenly room for soil, debris and chemical residue to sneak into the drinking water.

And because of the leakage issues, the Water District hasn't been able to flush the water lines clean in years, said Joe Burns of the Kentucky Rural Water Association. "As far as systematic lines, it's been years since it's even been able to be accomplished."

Burns' group is working with the Martin County Water District to help make improvements as best as they can. They've been able to reduce the levels of byproduct contaminants to under federal limits by simply changing where they add the chlorine.

But on top of issues with the lines, there are upgrades to the water treatment facilities, pumps and meters that stillneed to be made.

For a financially struggling municipality, it is hard to find resources outside raising water rates, which is difficult for a community of people who mostly live on a limited income.

Small water systems, such as Martin County, that serve less than 10,000 customers supply water to nearly 20% of the country. In addition to infrastructure and financial challenges, many of these systems can have a difficult time attracting the technical expertise to help. In fact, small systems made up 72% of EPA violations in 2015 and 2016.

Some citizens in Martin County feel that they've been forgotten. "Appalachia has been at the forefront in helping to improve this country for many years. ... We've sent people to die in all of our country's wars. We've populated this country with people in all industries," Lafferty said. "We are Americans, too."

Ball points to a new government center and a business complex in Inez, the county seat. The cost is nearly $20 million, money that he said could have been spent on upgrading the water system.

Recently, Martin County received federal grants amounting to $3.4 million to go toward its water system. Experts believe that overhauling the system would take $13.5 million to $15 million.

President Trump's infrastructure proposal gives some residents hope. The $1.5 trillion plan touted by the White House is supposed to coverall infrastructure upgrades in the nation, but experts believe that it would cost the country $1 trillion just to maintain and meet the demands for drinking water for the next 25 years.

Critics further point out the White House's plan earmarks only $200 billionin federal investment. The remainder is to be made up by the states and the private sector.