The LA teachers' strike has cost $97M. Now both sides are negotiating again 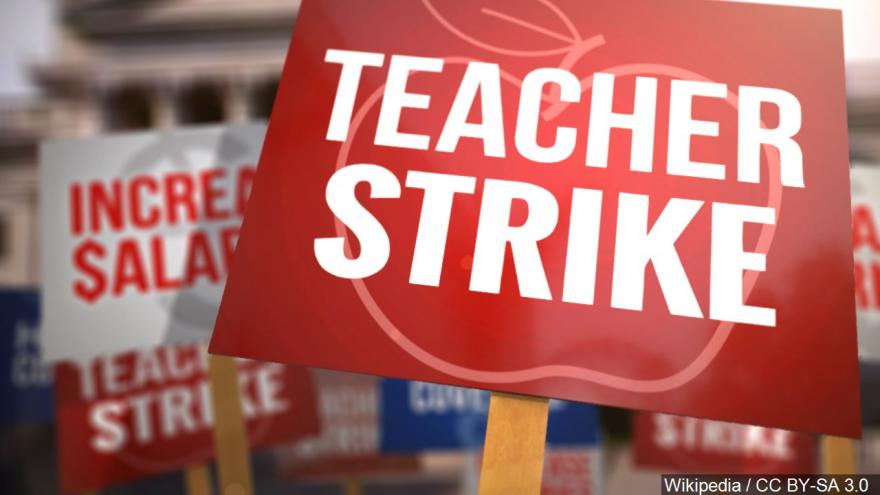 After three days of an apparent game of "chicken," the Los Angeles teachers union said it's heading back to the negotiating table with the school district.

(CNN) -- After an apparent dayslong game of "chicken," the Los Angeles teachers union and the school district went back to the negotiating table Thursday.

Talks resumed for the first time since more than 30,000 educators walked off the job this week to demand smaller class sizes, more school staffing and higher teacher salaries.

"We are having an impact," said Alex Caputo-Pearl, president of the United Teachers Los Angeles union. "That impact is being felt across the city. And we've just got to keep it up."

But while teachers demand millions more dollars in school funding, the Los Angeles Unified School District said it has already lost $97 million during the strike.

That's because the state funds schools based on daily attendance, and the number of kids going to school has plunged during the strike. On Thursday, for example, about 84,000 of the district's 600,000 students went to school, LAUSD said. That's a 37% drop in attendance from Wednesday.

Parent Karen Goldman is well aware of the money lost by lower attendance. That's one reason she's keeping her fifth-grade son out of school.

"I feel like the message I am sending by not sending him and creating a budget loss is better than if I send him, because that will hopefully bring the strike to a conclusion faster," she said.

"After 21 months of negotiations, I think it's an unrealistic expectation to say that this is going to be over after today," Caputo-Pearl said.

The teachers on strike are not getting paid. But the union leader said it's critical for them to outlast Superintendent Austin Beutner, a former investment banker who doesn't have a background in teaching.

The union called for supporters to join the teachers at a rally on Friday at Grand Park, in front of City Hall.

Even though students are supposed to go to school during the strike, many parents have pulled their kids out due to the enormous shortage of teachers.

Some students who did go to school reported playing board games or watching movies all day.

But the LAUSD said students are learning -- though sometimes in auditoriums rather than classrooms. At Adams Middle School, an assistant principal filled in and gave a history lecture on Thursday.

Last week, the LAUSD said 2,000 reassigned administrators and about 400 substitute teachers would help fill in for the more than 30,000 educators on strike. On Wednesday, the school district updated the number of substitutes to 1,400.

LAUSD has not responded to CNN's questions about how many teachers are not on strike and are still in classrooms.

Beutner has defended the decision to keep schools running -- especially for lower-income families, who can't afford child care and don't have a safe place for their children to go.

"While education in classrooms is not the same without teachers, we have a responsibility to keep schools open and provide students with a safe space, shelter from the rain, meals and modified instruction," he said.

The big fight over money -- and one big agreement

This standoff comes down to two issues: how much money to spend on more school staffing and teachers' raises, and whether the school district actually has that kind of money.

Beutner said there's no way the district can afford right now to give the union everything it wants. He noted an independent fact-finder agreed that it doesn't have the money to cover the union's demands.

The district did offer $130 million toward what the union wants, but UTLA rejected that proposal.

The teachers union said the school district should tap into $1.8 billion in reserves to fund more staff members and increase teachers' pay.

The superintendent said the $1.8 billion is already earmarked for education spending during this three-year budget cycle. At this rate, the district said, it might not even have enough money to meet a required 1% reserve by the 2021-2022 school year.

But the union president said the school district has "always been wrong in their projections, so we just don't believe those numbers."

"Three years ago, they predicted a $105 million reserve; they ended with a $1.86 billion reserve. They were off by $1.7 billion, Caputo-Pearl said.

If there's one financial matter both sides agree on, it's that they need more help from the state. About 90% of the district's funding comes from Sacramento, Beutner said.

"This impasse is disrupting the lives of too many kids and their families," Newsom said in a statement Monday.

"Last week, I submitted a budget to the Legislature that would make the largest ever investment in K through 12 education, help pay down billions in school district pension debt and provide substantial new funding for special education and early education."

But it's not clear exactly how much additional money Los Angeles schools might get, or when.