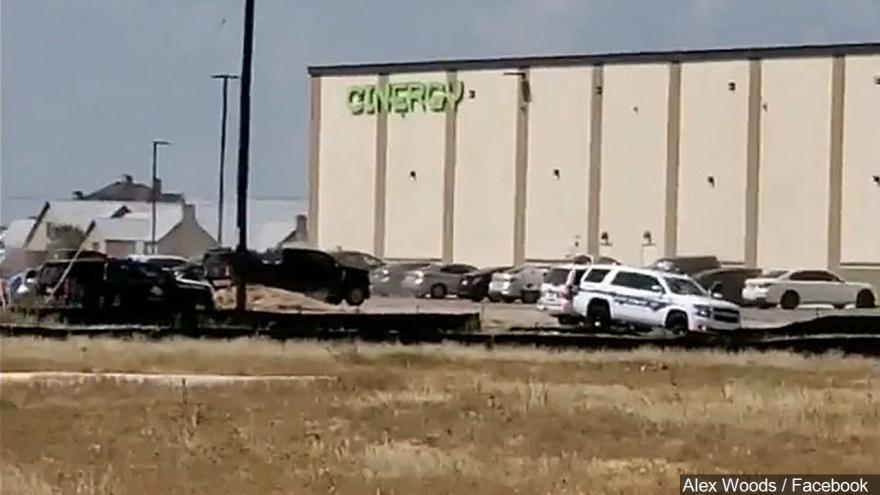 ODESSA, Texas (AP) — Russell Tippin, CEO of Medical Center Hospital in Odessa, says 14 shooting victims are being treated at the hospital, but he did not give their conditions or other information about the victims.

Tippin says social workers and professional counselors are at the hospital to provide support to the families of shooting victims. He also said the hospital has been locked down for the safety of the staff and patients.

He says: "Right now the hospital is stable, it's secure."

Odessa Police Chief Michael Gerke has said that at least five people died from the shooting. He said three law enforcement officers were injured and at least 21 civilians were shot.

Police say the suspect killed after a West Texas shooting spree was a white male in his 30s.

Odessa Police Chief Michael Gerke declined to name him but said he has some idea who he is.

He says at least 21 people have been injured. At least five people are dead.

Odessa Police Chief Michael Gerke says that at least 21 people have been injured by gunfire and five killed in a shooting in West Texas.

At a news conference Saturday, Gerke also says that at least three law enforcement officers were among those shot.

He spoke after a chaotic afternoon during which police reported that a suspect hijacked a U.S. Postal Service vehicle and began firing at random in the area of Odessa and Midland, hitting multiple people. Police initially reported that there could be more than one shooter, but Gerke says authorities now believe it was one shooter.

Gerke says he believes the threat is over but authorities remain vigilant.

Police said there are "multiple gunshot victims" in West Texas after reports of two suspects opening fire on Saturday in the area of Midland and Odessa.

Midland police said at least one suspect was shot and killed near the Cinergy movie theater in Odessa.

"At this time there are multiple gunshot victims," Odessa police said in a posting on Facebook.

The Texas Department of Public Safety has urged residents to avoid major highways in the area, including Interstate 20.

No other details were immediately available.

Odessa is about 20 miles (32 kilometers) southwest of Midland. Both are more than 300 miles (483 kilometers) west of Dallas.