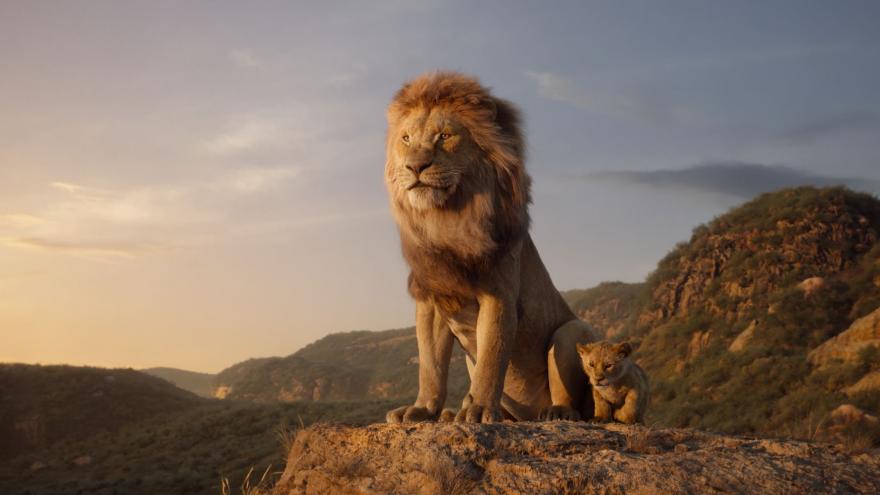 The film, which is a reboot of the studio's 1994 animated classic, has made an estimated $531 million worldwide in 10 days of release. That includes an estimated $185 million opening this weekend in North America. Analysts had projected that the film would make around $150 million for its domestic opening.

Directed by Jon Favreau, "The Lion King" has an all star cast that includes Beyoncé, Donald Glover, John Oliver and Seth Rogen all lending their voice work to the film.

"The Lion King" is another huge hit for Disney. The company has dominated the 2019 box office and now owns five of the top ten highest-grossing films of the year.

"'The Lion King' had a perfect release date, great marketing and above all boasts iconic characters that have resonated with audiences around the world for over two decades," Paul Dergarabedian, senior media analyst at Comscore, told CNN Business.

The film brings to life the animals of Pride Rock using photo realistic visual effects. It won the weekend despite bad reviews — the film has a 55% score on review site Rotten Tomatoes.

Audiences were more favorable. "The Lion King" garnered an "A" CinemaScore from moviegoers.

"The Lion King" gave a much needed boost to the domestic box office, which has been struggling so far this year. The 2019 North American box office was down roughly 9% heading into Friday. Because of "The Lion King," this weekend's box office totals were up roughly 51% compared to the same weekend last year, according to Comscore.