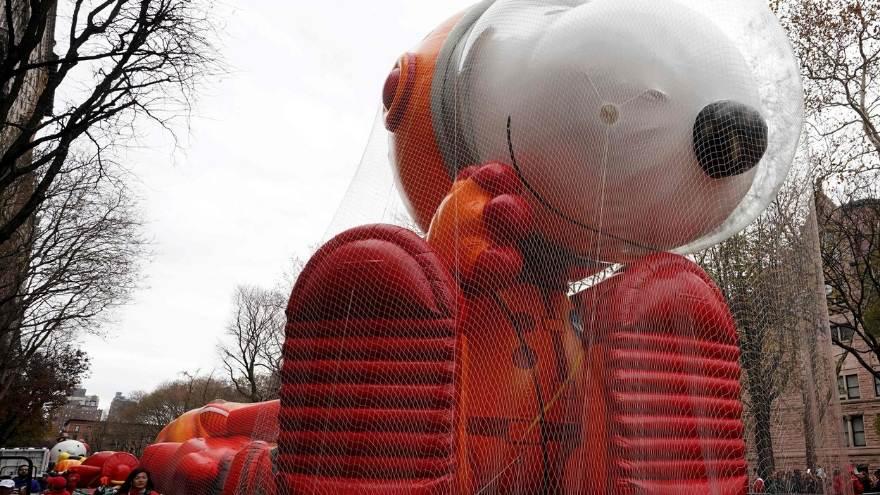 (CNN) -- It looks like Astronaut Snoopy will fly after all.

The Macy's Thanksgiving Day Parade will kick off at 9 a.m. ET Thursday, and leading up to that moment, there's been a question about whether the 16 giant character balloons would be a part of the annual procession through Manhattan.

High winds have been blowing through New York City. The balloons cannot be flown when sustained winds exceed 23 mph and gusts exceed 34 mph, according to city regulations.

But Mayor Bill de Blasio seemed to put the question to rest.

"Good News, New York City: The winds are holding and the ... balloons will FLY!" the mayor tweeted Thursday morning.

A day earlier, NYPD Chief Terence Monahan had said it would be a "game day decision."

Wind gusts had been expected to reach up to 50 mph Thursday in New York City in the hours the parade is expected to fly its beloved balloons, according tothe National Weather Service.

"Gusty winds could blow around unsecured objects," the weather service said. "Tree limbs could be blown down and a few power outages may result."

While wind speed could vary from 15 to 25 mph in the state, it'll be higher within the city because of what's known as Bernoulli's principle, CNN meteorologist Michael Guy said.

"As air gets compressed between buildings, it goes faster," he said.

Macy's planned to work Thursday morning with the NYPD to determine whether the balloons would fly, company spokesman Orlando Veras said. The parade balloons have only been grounded once, Monahan said. That was in 1971, Veras said, when there was "extreme wind."

Officials are trying not to have a repeat of 1997, when the Cat in the Hat balloon injured four people after intense winds forced it astray.

"I'm keeping my fingers crossed, I'm asking everyone -- keep the City of New York in your thoughts and prayers so the wind will stay calm and we will be able to let these balloons fly," he said during the balloon inflation.

To parade or not to parade

Wind or no wind, the parade will go on -- even if some of the larger balloons aren't in it.

"We absolutely encourage everybody to come out and enjoy what, without a doubt, is one of New York City's greatest family oriented traditions," outgoing NYPD Commissioner James O'Neill said.

"We're going to have another great and very safe Thanksgiving in New York City," he said.