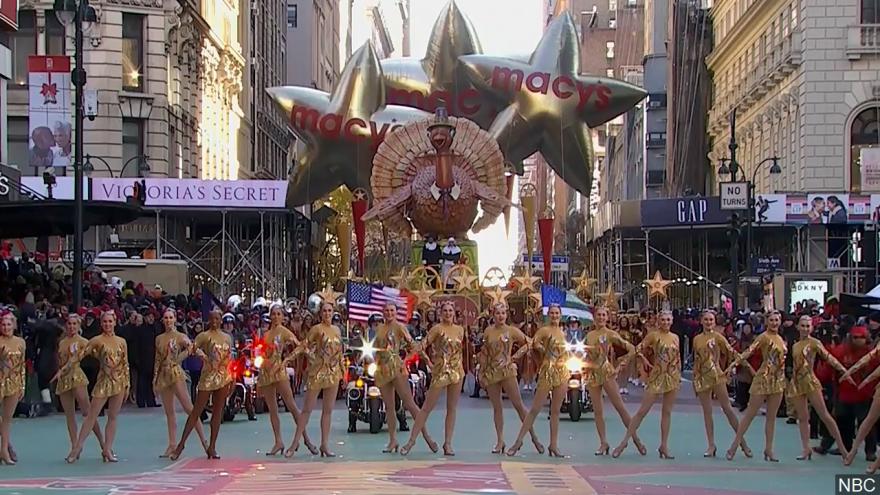 (CNN) -- The Macy's Thanksgiving Day parade will take place this fall, but it won't exactly look like it did in years past, according to a statement from the fashion retailer.

"We are currently working with our partners in the City of New York to re-imagine the Macy's Thanksgiving Day Parade in a similar fashion to how we successfully and safely produced this year's Macy's Fireworks," Orlando Veras, Macy's Inc. director of national media relations told CNN.

This year, the Macy's 4th of July fireworks show featured a week of displays, including five-minute displays in each borough and a live grand finale on July 4th atop the Empire State Building.

When asked what can be expected regarding upcoming celebrations in New York City in his press conference on Thursday, Mayor Bill de Blasio said, "Everything is going to be different."

"Some is going to be virtual, there might be some small in-person pieces, spread out pieces, it's not going to look at all of course like how we are used to. But the important thing is, the traditions will be kept in some way," de Blasio said.

More details on the Thanksgiving parade will be available in early fall, said Veras.

The Macy's Thanksgiving Day Parade has been a holiday tradition for nearly 100 years.