The manhunt for Brian Laundrie is over. But several big questions remain 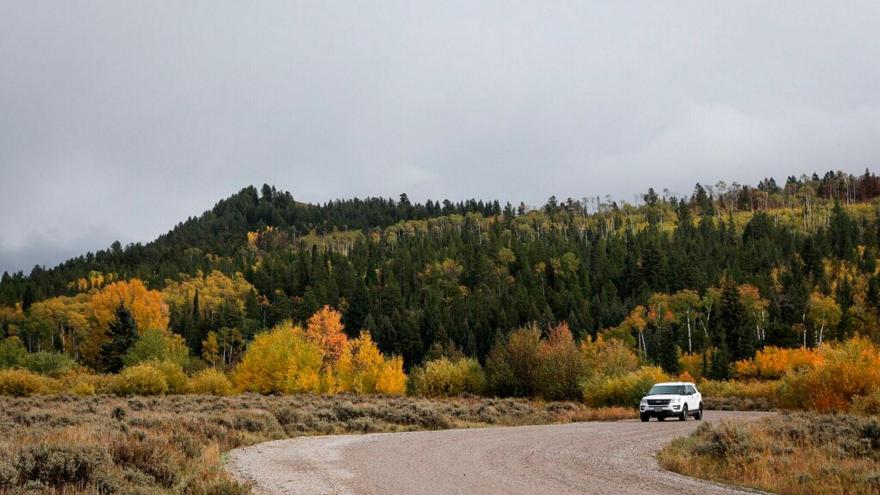 (CNN) -- The discovery of Brian Laundrie's remains this week ends a manhunt that had gripped the country for weeks as investigators searched a Florida nature reserve for the 23-year-old, who returned home last month from a road trip without his fiancée, Gabby Petito.

Petito spent the summer traveling the American West with Laundrie, sharing their travels on social media. The case first attracted widespread attention after Petito's family reported her missing on September 11.

Laundrie would soon vanish from his parents' home in North Port, Florida, just days before Petito's remains were found in a national forest in Wyoming.

Investigators had since focused on locating Laundrie -- up until Wednesday, when he was finally found.

But there's still a lot we don't know.

Here's what experts say about uncovering the truth surrounding their deaths:

How did Laundrie die?

But determining the cause of death could be challenging since authorities recovered "skeletal remains," said retired FBI profiler Jim Clemente. He added that it's possible Laundrie could have been dead the entire time he was missing.

"It doesn't necessarily mean that," Clemente told CNN's Erin Burnett Thursday. "But what it does mean is that it's going to be much more difficult to make a good, solid determination as to the cause and manner of death."

"Unless there's some kind of major, serious trauma to the skull that can be identified, there might not be a way to determine how he died," he said. "If he drowned, for example, there wouldn't be any evidence of that on a skeleton."

The remains were found in an area of the Carlton Reserve -- a vast 25,000-acre nature preserve -- that had previously been underwater but recently dried out due to clearer weather.

Criminal defense attorney Mark O'Mara said the most reasonable explanation is Laundrie took his own life in the nature reserve -- a possibility Steven Bertolino, an attorney for Laundrie's parents, addressed Friday in an interview with ABC's "Good Morning America."

The attorney and Laundrie's parents had discussed the possibility Laundrie died by suicide "several times," the attorney said.

"We just do not know. Of course, knowing his mental state when he walked out the door, it was always a concern," said Bertolino, who had described Laundrie in other interviews as "grieving."

Bertolino told GMA the family would accept the ruling of the medical examiner if they come up with another explanation for the cause of death.

Dr. Priya Banerjee, a forensic pathologist, agreed investigators face a challenge in determining Laundrie's cause of death. However, a notebook found near Laundrie's remains could be used by investigators to glean some insight into his death.

"Maybe the diary or other evidence can shed some light as to what happened," Banerjee said.

What happened in the time he was missing?

It's unclear how Laundrie spent his time in the reserve or when exactly he died.

For a month, investigators had their eyes trained on the Carlton Reserve, where Laundrie was believed to have gone when he left his parents' home in the days after Petito's family reported her missing.

The search through the reserve began on September 18, a day after Laundrie's parents filed a missing persons report for Laundrie, who they said had left the home days before and failed to return.

But the search proved to be difficult, with investigators working under extreme conditions. They were bogged down by the elements, wading through high water and trying to avoid dangerous wildlife. Conditions were so bad that survivalist experts were skeptical of Laundrie's ability to survive and told CNN weeks ago he was likely no longer alive or not in the reserve at all.

There are also lingering questions about when Laundrie left his parents' home and when law enforcement became aware his whereabouts were unknown.

The Laundrie family originally told police he left home Tuesday, September 14, but later changed their recollection to say he left the day before.

Bertolino told CNN's Chris Cuomo Wednesday he notified the FBI Laundrie hadn't returned from a hike in the Carlton Reserve the same day he left.

The FBI did not comment on the report, but North Port Police spokesperson Josh Taylor said his agency wasn't notified Laundrie didn't return from the hike until September 17. He said in a statement police believed he was home until that day, when the parents agreed to speak with police.

Regardless of when Laundrie left his parents' home, Taylor on Thursday rejected the idea that the belongings found in the reserve could have been recently planted, indicating they had been there for some time.

What happened to Gabby Petito?

Chief among the questions that are still unanswered are those about Petito's fate.

What we do know is this: Remains found September 19 in Bridger-Teton National Forest in Wyoming were identified as Petito, according to the FBI. The manner of death was ruled a homicide by Teton County Coroner Brent Blue, who said the cause of death was strangulation. She likely died about three to four weeks before her remains were found, he said.

But other details from the autopsy will not be released, per Wyoming law. Some details of Petito's death are still shrouded in mystery: When did she die and what led to her murder?

While the FBI described Laundrie Wednesday as a "person of interest" in Petito's murder, he did not face charges in her death. He was, however, indicted for allegedly using two financial accounts that did not belong to him in the days after her killing.

Again, experts pointed the notebook found near Laundrie's remains as a potential key to answering these questions.

"In terms of understanding Laundrie's motive, his feelings about Petito, maybe even any kind of notes or comments he may have made about the events we're still trying to understand in Wyoming -- that notebook could shed a lot of light on those issues," said former FBI Deputy Director Andrew McCabe.

Clemente, the retired FBI profiler, echoed those comments, telling CNN, "If that notebook contained, for example, information that could have been admissions, it could be projecting blame or rationalization -- all that information could help in the determination."

It remains unclear if the notebook will be useful. It was clearly wet when it was found outside of a dry bag authorities located during their search Wednesday, a source with knowledge of the investigation told CNN, describing it as "possibly salvageable."

"They are going to use any potential means to dry that out before opening it," the source said. "They'll be very careful with it."

Focus has also shifted to Laundrie's parents and whether their son told them anything about what happened to Petito before he vanished.

Petito's family had pleaded for the Laundries to cooperate with authorities after reporting her missing. When police showed up at the Laundrie home on September 11, asking to speak with Laundrie and his family, the Laundries directed authorities to their attorney, Taylor has said.

On Friday, Bertolino told GMA his clients had been cooperating with the FBI since "day one" of Brian's disappearance but said they had "absolutely nothing to say" about Petito.

Asked in the interview if Laundrie told his parents anything about Petito before going to the reserve last month, Bertolino said, "Not something I can comment on right now. I'd like to just leave it at that."