The most overworked cities in the US might surprise you 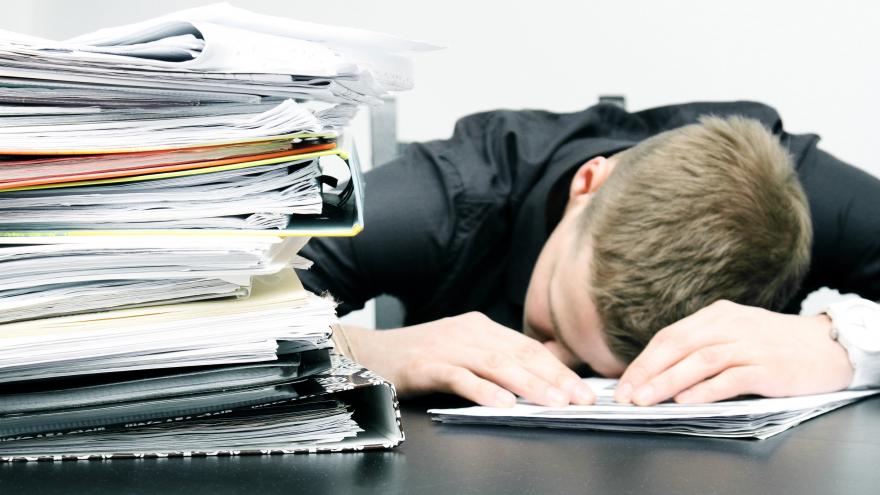 (CNN) -- If you live in Washington D.C., Houston or Atlanta, it might be time to take a vacation.

Those three cities, followed by Seattle and Chicago, are the most overworked cities in the United States, according to a study released by the mobile technology company Kisi this past week.

For those looking to catch a break at work, consider San Diego, Sacramento and Omaha: the study rated those cities as the least work-intensive.

Researchers came to these conclusions by looking at how much time people dedicate to their jobs. They looked at factors like how many hours people work in a week, how long their commutes are, how many vacation days they take and how much paid family leave they're offered.

People in Washington D.C. work about 43 hours a week on average, take nine days of vacation and spend about 35 minutes each day getting to work. The main factor dragging down the nation's capital seems to be the amount of paid family leave that's mandated by law. Currently, Washington has zero days of legally mandated paid leave, although the city has announced a paid family leave plan beginning in 2020.

Meanwhile, people in San Diego work about 42 hours a week, take nine vacation days and spend about 26 minutes getting to work. But under California law, the city fares much better on paid family leave policies.

Kisi's data is part of a comprehensive index that ranks 40 cities based on their work-life balance. In addition to how much time people spend at their jobs, researchers also looked at access to programs like welfare and healthcare, institutional support for women and LGBTQ people and overall livability. Then they added up all those scores to gauge which cities have figured out that ever-elusive balance between careers and personal lives.

San Diego, Portland, San Francisco, Minneapolis and New York have the healthiest work-life balance in the US, according to the study. But they still trail many international locales, with at least 16 cities outperforming them on the index. The index rates Helsinki, Munich and Oslo as the places with the best work-life balance.

Nonetheless, if your city ranks low on the index, don't feel like you need to pack up and move just yet.

The company that conducted the study cautions that it shouldn't be interpreted as a list of the best places to live or work. Instead, Kisi says it's a guide for cities to gauge how they can make life easier for residents.

"With an ever-increasing burnout rate worldwide, self-care and time management are becoming higher priorities. This study was conducted in the hope that it will bring awareness to the multiple ways in which cities and countries can contribute to the overall happiness and well-being of the workforce," the company said in a news release.