The National Zoo's giant panda, with a yearly window of 24-72 hours to become pregnant, may be expecting 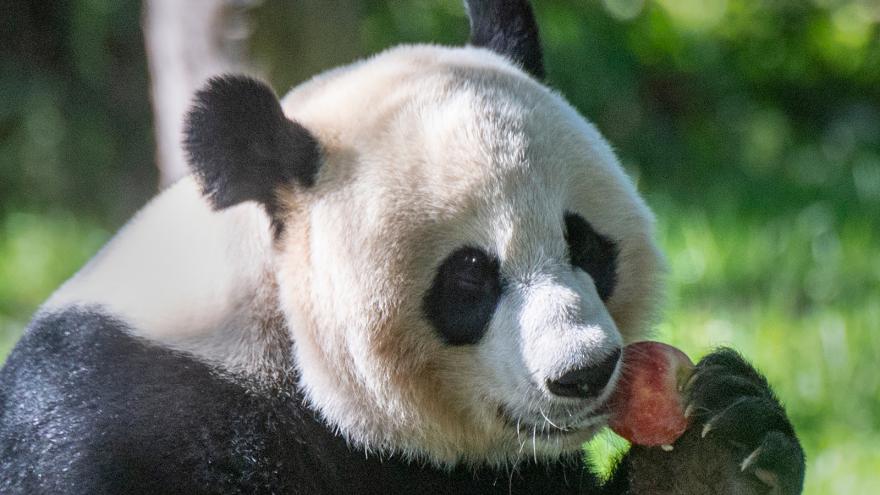 (CNN) -- When Mei Xiang went in for an ultrasound on Friday, her results were shared around the world.

The 22-year-old giant panda could deliver a cub in the next few days, the Smithsonian's National Zoo announced, after imaging revealed what appeared to be a fetus.

Mei Xiang has had a team of experts supporting her through the process since March, when they performed an artificial insemination. The beginning of her journey toward expectant motherhood also marked the country's shift to life under a pandemic, with zoos temporarily shutting their doors around the nation. And now, the possible birth could mark another moment -- one of wonder amid a time of continued uncertainty.

"In the middle of a pandemic, this is a joyful moment we can all get excited about," said Don Neiffer, chief veterinarian at the Smithsonian's National Zoo who conducted the ultrasound. "We are optimistic that very shortly she may give birth to a healthy cub or cubs."

Giant pandas have a very short window for breeding. Females are only able to become pregnant for 24 to 72 hours each year. When Mei Xiang's behavior changed in mid-March, from wandering the yard to playing in the water, the team knew it was time.

They took extra precautions due to Covid-19, such as minimizing in-person contact by setting up equipment in advance and limiting the number of those present during the insemination.

While it is too early to tell if the tissue shown in Friday's ultrasound is "a completely viable developing fetus as there is the potential that the fetus could be resorbed," veterinarians estimate Mei Xiang could give birth within the next few days, the zoo said in a statement Friday.

"This is another milestone in our long-standing and successful mission-critical 47-year giant panda conservation program and collaboration with Chinese colleagues to study, care for and help save the giant panda and its native habitat," the zoo's director, Steven Monfort said in March.

Mei Xiang has previously given birth to three surviving cubs who now live in China. The zoo has encouraged the public to watch her progress on their 24-hour panda cam and hopes to make a special announcement soon.