The NBA is offering players a 'smart' ring to track Covid. But does it even work? 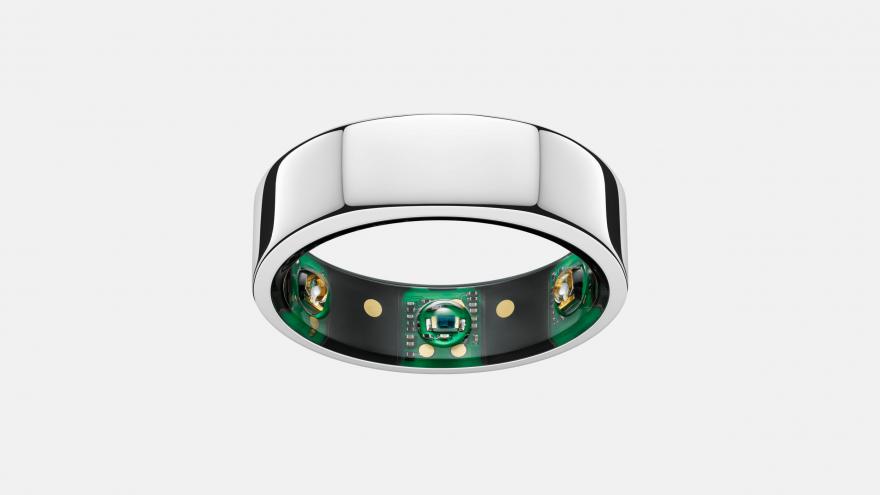 (CNN) -- The NBA, which hopes to restart the season July 30, says it is offering players a ring whose maker claims it can track a user's health data and even predict if users are about to show symptoms of coronavirus infection.

But there's not much information yet on how well the device, which has embedded electronics, works.

The $299 Oura ring is designed to monitor sleep, pulse, movement, heart activity and temperature, according to the company's website.

Some doctors are lukewarm about its potential.

"There is not a lot of data on it right now. There have been some studies that I've seen -- most of the studies are published by the device manufacturers," Dr. Darria Long, an emergency room physician and clinical assistant professor at the University of Tennessee, told CNN.

Other doctors contacted by CNN said there was too little solid information about the device for them to comment on it.

The ring is one of about a half-dozen wearable devices being studied to see if they can detect the often-subtle symptoms of coronavirus infection.

A team at Scripps Research is looking into the potential of the Apple Watch, Fitbits, Garmin devices, Oura and others to see if they can accurately monitor a person's baseline temperature, heart rate, sleep and daily movement, and use changes in that data to detect the early onset of an infection.

Finland-based Oura is paying for studies at the University of California San Francisco and West Virginia University to see whether the ring might provide useful data.

There's a little evidence to suggest that pulse and temperature can change before people notice symptoms of infections like influenza.

A study published earlier this year showed that Fitbit sleep and heart rate data involving 200,000 people as a whole seemed to sync with the changing epidemic of seasonal flu.

Long says the potential to study large groups of people to see if there is useful data that can be collected is interesting.

"Just don't let it give us a false sense of security. Don't stop wearing your mask because your Oura ring says you're OK. You know, don't skip testing because everybody's Oura ring says they're fine."

Makers have to prove their devices' accuracy

The device makers have to first prove that their devices can accurately measure and report things such as a person's temperature and heart rate.

Smart watches have been working on this problem for years. It's not necessarily easy to monitor heart rate from a spot on the top of the wrist. Trying to measure it from a ring is a new and an even less-tested approach.

Then manufacturers would have to show that this information can accurately detect an infection.

"I don't care who — if it's Oura, or Fitbit or Apple — none of them are necessarily proven," Long said. "We can't use it to give a false sense of security. We need to think of this as data and ideas in research right now."

The Oura device is not approved by the US Food and Drug Administration to monitor health data. In 2018, the FDA approved two Apple apps to monitor for atrial fibrillation, a common heart rhythm irregularity that can lead to stroke, as well as unusually slow or unusually fast heart rates.

The NBA's health and safety protocols mention a ring but say little else.

"To promote efforts to identify potential illness, upon arrival on the campus, each player and essential staff member will be given the option to participate in a process that uses a wearable device (worn as a ring) being studied and validated by the University of Michigan to generate a wellness assessment derived from metrics such as body temperature and respiratory and heart rate. The NBA will share additional details regarding the device and process for participation in a forthcoming memo to teams," the protocols read.