The new Miss America is a scientist from Virginia 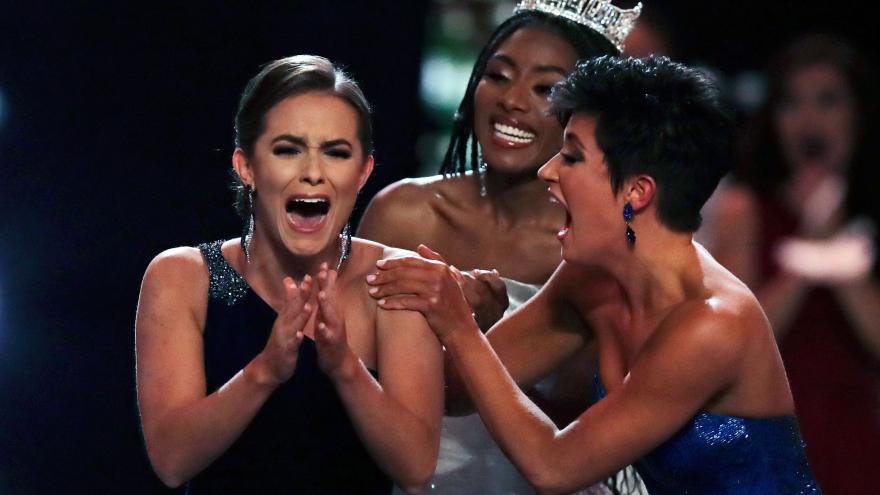 Schrier was chosen by a panel of three celebrity judges over Miss Georgia Victoria Hill.

Schrier, who gave a chemistry demonstration on hydrogen peroxide during the talent competition, was crowned by 2019 Miss America Nia Franklin from New York.

The new Miss America told the crowd during introductions that she plans to get a doctor of pharmacy degree at VCU, in Richmond, Virginia. She has undergraduate degrees in biochemistry and systems biology from Virginia Tech.

She will spend a year advocating for Mind Your Meds: Drug Safety and Abuse Prevention from Pediatrics to Geriatrics.

Miss Missouri Simone Esters made the top three but did not make the cut after the final trio advocated for their social causes.

Last year, the competition announced it would stop judging women on their outward appearance and scrapped its highly criticized swimsuit competition. Now, the organization says, contestants have more time to advocate for their social impact initiatives and have their voices be heard.

During the preliminary competitions, 51 contestants took to the stage for personal interviews, talent demonstrations, and social impact statements.

The other women in the top 15 were: