The New York City Marathon, the world's largest, has been canceled due to the pandemic 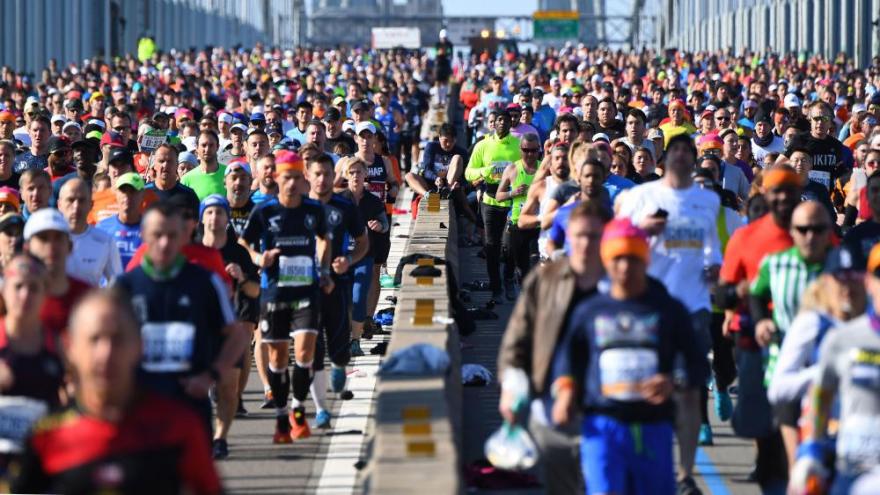 The New York City Marathon, the world's largest, has been canceled due to the pandemic.

(CNN) -- The New York City Marathon, one most prestigious events in the running calendar, was supposed to be extra special this year: It would have been the 50th running of the iconic race.

But like so many aspects of regular life, the world's largest marathon has fallen victim to the pandemic.

The race, set to take place November, has been canceled due to health and safety concerns, organizers said Wednesday.

"Canceling this year's TCS New York City Marathon is incredibly disappointing for everyone involved, but it was clearly the course we needed to follow from a health and safety perspective," said Michael Capiraso, president and CEO of New York Road Runners, the event's organizers.

The organization said it will send additional information directly to registered runners. They will have an option to claim a refund or defer their entry to a different year.

"While the marathon is an iconic and beloved event in our city, I applaud New York Road Runners for putting the health and safety of both spectators and runners first," said Mayor Bill de Blasio.
This marathon began in 1970 and has grown to become the world's largest marathon. Last year, more than 53,000 runners crossed the finish line.

In addition to the marathon, organizers have also been forced to cancel the 2020 Abbott Dash to the Finish Line 5K on October 31.
The marathon is just the latest of the big ticket running events that have been called off this year.
The 2020 Boston Marathon has been canceled, and it will become a virtual race for the first time in the event's history. The event had previously been postponed from April 20 to September 14.
London postponed its spring marathon to October. Paris and Tokyo also said their races won't take place as planned.

CORRECTION: This piece has been corrected to say that London has rescheduled its spring marathon, and that the Paris and Tokyo races won't take place as planned.