The New York town of Swastika votes to keep its name 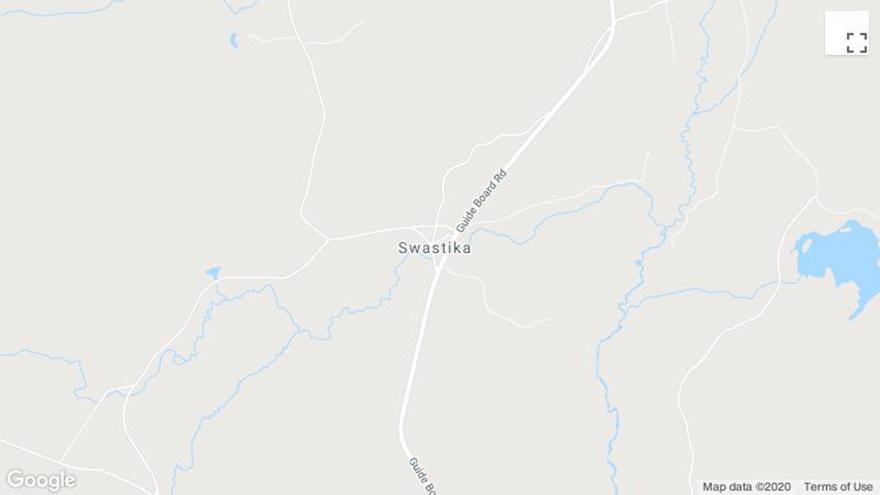 A small town in upstate New York voted to keep the name Swastika, saying that the town founders named it after the Sanskrit word and not the hate symbol associated with Nazis.

(CNN) -- A small town in upstate New York voted to keep the name Swastika, saying that the town founders named it after the Sanskrit word and not the hate symbol associated with Nazis.

Swastika was named by the town's original settlers in the 1800s and is based off the Sanskrit word meaning "well-being," according to Douglass.

"We regret that individuals, for out of the area, that lack the knowledge of the history of our community become offended when they see the name," Douglass said. "To the members of our community, that the board represents, it is the name that their ancestors chose."

The vote follows a national reckoning with what the symbol means in modern America.

In April 2019, a neighborhood in a Colorado town outside Denver voted to change its name from Swastika Acres to Old Cherry Hills. The area had once been home to the Denver Land Swastika Company, a company that chose its name before Nazis adopted the swastika symbol.

The term swastika is derived from the Sanskrit word "svastika," which means "good fortune," according to the United States Memorial Holocaust Museum. The symbol first appeared about 7,000 years ago, and is considered a sacred symbol in Hinduism, Buddhism, Jainism and other belief systems. It sometimes adorns the walls of houses or temples.

The symbol became popular in Europe in the late 19th century and early 20th century, in part as Europeans learned about ancient civilizations through the work of archaeological excavations.

The Nazi Party adopted the hooked cross as its symbol in 1920 during a time when other far-right nationalist movements in Europe were beginning to use it, the museum says.