The oil field carnage that Moscow doesn't want to talk about 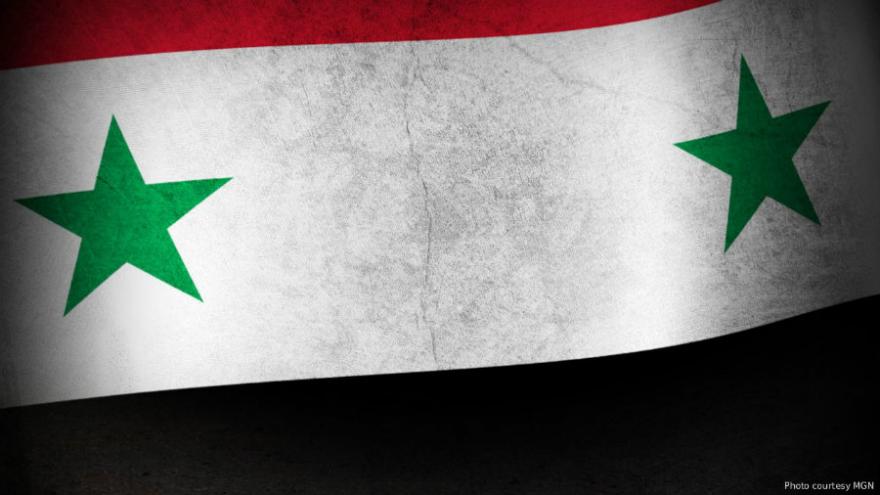 (CNN) -- There are growing indications that US airstrikes killed and injured dozens of Russian military contractors in northern Syria earlier this month. But in stark contrast to the death of a Russian pilot shot down by rebels in Syria In January, when the airman was hailed as a hero by the Defense Ministry, Moscow appears to wish this story would go away.

The Kremlin has downplayed reports of mass casualties, not named any of those who died and not said why they were there in the first place.

But families of the dead men are starting to ask questions. And details of just why the mercenaries were in the oil-rich region -- and the target of their ill-fated operation -- are starting to emerge.

On the night of February 7, a 500-strong force largely made up of the Russian contractors and a Christian militia loyal to the Syrian regime crossed the River Euphrates near Deir Ezzor, a Syrian city held by ISIS until the end of last year.

The Russians were working for a paramilitary company called Wagner, which has hundreds of contractors on the ground in Syria, helping both the Russian military and pro-regime forces.

The mission of that night's operation remains unclear, but the forces were advancing towards a valuable oil and gas field, Coneco, controlled by the Syrian Democratic Forces (SDF), a US-backed militia that has been fighting ISIS in Syria.

When the pro-regime forces began shelling a base held by the SDF, the US responded with heavy airstrikes and artillery fire, which continued for about three hours.

US commanders tried to reach their Russian counterparts through what are known as deconfliction channels, to warn of their response. But by the time communications were established, the counterattack was underway.

The results were devastating. The accounts of several of the Wagner contingent, as relayed to friends and family, speak of carnage as US commanders deployed AC-130 attack aircraft, helicopters and artillery in response to the attack.

Valery Shebayev, who visited some of the injured in a Moscow hospital, told CNN the group had been ordered to take what was described as a vacant oil field. But they had no air support. Shebayev, who belongs to a Cossack group from which Wagner draws some of its recruits, described what followed as "a massacre."

Ruslan Leviev, an activist with the Conflict Intelligence Team in Moscow, a group that monitors Russian involvement in Syria, told CNN that while estimates of the number of varies, "we lean towards 20 to 30 of dead Russian citizens."

The Russian government has declined to confirm the reports. On Thursday, Foreign Ministry spokeswoman Maria Zakharova would only concede that five Russian citizens may have been killed.

Pressed by CNN about reports of a much higher casualty figure, Kremlin spokesman Dmitri Peskov tried to draw a line under the story on Friday. "We have no new information about this and we said everything we wanted to say on this matter," he said.

Deadly encounter between US and Russia

This low-key response to contractors' deaths is not unusual: Moscow prefers to portray its involvement in Syria as largely an air war with few boots on the ground.

But if the upper end of the casualty figures is confirmed, it would be the deadliest encounter between the US and Russia since the end of the Cold War. For its part, the US says it followed the deconfliction protocols. "The Russians professed that they were not aware when we called them about that force that had crossed [the Euphrates]. As it came closer they were notified when the firing began," US Defense Secretary James Mattis said on February 11.

Among the families of the men who died, there is growing anger. Farkhanur Gavrilova, 67, from the central Russian village of Kedrovoye, lost her son, Ruslan. She only learned of his death from an acquaintance, with no official word from Wagner or the Russian authorities.

Gavrilova contrasted the fate of the Wagner men with state media coverage of Roman Filipov, the pilot shot down by rebels in Syria last month. "Are they not people too? They obviously went to fight, to help, even if it's for the money it's because of poverty, because there are no jobs," Gavrilova told an online private network, Current Time.

Another of the dead was 51-year-old Vladimir Loginov. Like many contractors who have gone to Syria, he was a member of a Cossack group of ultra-nationalists who had also fought in the conflict in eastern Ukraine. The Baltic Cossack District said in a statement that Loginov was a Russian citizen who was killed in an "unequal battle."

The pro-Assad Christian militia that was also involved in the attack appears to have suffered heavy losses. Earlier this week, there was a mass funeral for about 30 members of the militia -- which often describes itself as the "ISIS hunters."

The question remains why such a large force should have attempted such a dangerous -- and disastrous -- assault.

Leviev believes the attack on the SDF-held base was a terrible miscalculation, born out of a belief that the attention of the anti-regime forces, many of whom are Kurdish, would have been focused on an ongoing operation by Turkish forces against the Kurds around Afrin in northwest Syria.

"The pro-Assad forces thought the Kurds were distracted by what's happening in Afrin, so [used] the opportunity and try to take control of the Coneco oil and gas factory. It looks like it was an independent initiative."

But why would Wagner take such a risk to take control of the oil field?

Wagner is led by Dmitry Utkin, a former colonel in the Russian special forces who is under US sanctions for assisting pro-Russian separatists in the conflict in eastern Ukraine.

Utkin was once head of security for a Russian oligarch called Yevgeny Prigozhin, who has close ties to the Kremlin. Prigozhin was indicted by US Special Counsel Robert Mueller on Friday for funding the Internet Research Agency, a Kremlin-linked troll group accused of interfering in the 2016 US presidential election campaign by sowing discord online.

Prigozhin controls a network of Russian companies, including Concord Management and Consulting. Company records show that someone named Dmitry Utkin, the same name as the Wagner boss, is director general of Concord.

Prigozhin and Concord have denied being linked to Wagner. Concord said last year: "We do not have any information about this organization."

Last month, the US Treasury Department designated another Russian company, Evro Polis, "for being owned or controlled by Yevgeny Prigozhin."

CNN has seen a copy of a contract between Evro Polis, and the Syrian regime, under which Evro Polis gets 25% of oil revenues from fields that are recovered from rebel control.

"It seems that on some level all Prigozhin's financial assets overlap and he uses the money from them to fund projects like the troll factory, Wagner, Evro Polis and others," Ruslan Leviev, the activist, says.

Essentially, Wagner does the fighting; Evro Polis gets the oil and gas. Coneco, the oil field near Deir Ezzor, is one of the most valuable still in rebel hands.

Efforts to reach Wagner, which has no registered office in Russia, were unsuccessful.

Despite the Kremlin's reticence, and the total silence in Russia's official media, the deaths in Syria are showing signs of impacting the election campaign in Russia, in which President Vladimir Putin is bidding for another six years in office. The vote is on March 18.

On Monday, liberal presidential candidate Grigory Yavlinsky said: "If massive Russian casualties took place, then relevant officials... must announce this to the country and find out who is responsible."

So far, there is no indication that Russian authorities have any enthusiasm to do either.