The pandemic has led to an enormous spike in pet scams 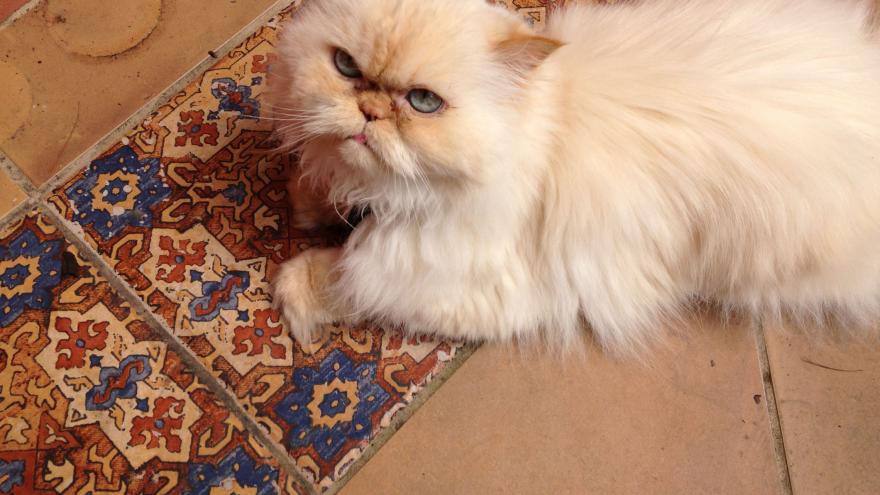 Carolyn Barg and her husband decided to get more cats after their 18-year-old Himalayan had passed away. Credit: Courtesy Carolyn Barg
By Giulia Heyward and Saeed Ahmed, CNN

But when the kittens never showed up, she says she knew something was wrong.

The 62-year-old Chappaqua, New York, resident is just one of thousands of victims to pet scams.

While pet scams have been on the rise since 2017, this year has led to an enormous spike.

During the pandemic, the number of reported pet scams has more than doubled, says the Better Business Bureau (BBB).

In the past 12 months, victims are projected to have lost more than $3 million. That's more than six times greater than the total losses reported just three years ago.

"I think I was just so desperate to get these animals, because it's a lonely time," Barg told CNN. "It's only going to get lonelier and darker this winter, because we're all just stuck in the house."

How they were cheated

Like others, Barg and her husband, Steven, planned on getting a pet to deal with the isolation and loneliness people have felt during the quarantine.

After her previous cat -- an 18-year-old Himalayan -- passed away, the couple decided to purchase two Siberian kittens from a breeder they found online.

Barg says she sent the money in October.

When the kittens never showed, she searched online for more information about the company.

That's when she found a Facebook group with other people who said they were scammed by the same breeder.

She decided to file a report with the Better Business Bureau.

A surge in adoptions ... and scams

Within months of the pandemic, many states were already experiencing huge surges in adoption applications.

Sarah Brasky, the founder and executive director of Foster Dogs Inc. told CNN in March that the demand was "totally unprecedented."

"Everybody who has ever wanted to foster or adopt is suddenly much more available," Brasky said
And as shelters emptied out, would-be pet parents started looking online.

"COVID-19 has made for a long and uncertain year, and a 'quarantine puppy' or other pet has proven to be a comfort for many people, but it also has created fertile ground for fraudsters," Michelle Corey, BBB's St. Louis president and CEO, said in a news release.

According to the report, BBB received 3,969 by the end of November, and it's expecting that number to reach 4,300 by the end of the year.

While most of these victims were scammed trying to purchase puppies, about 12 percent -- like Barg -- had tried to purchase cats.

What to look for when looking for a pet

BBB recommends that aspiring pet owners make a point to see the pet in person before paying any money, employ tactics like reverse image searches and compare prices to see what other breeders are selling. BBB also recommends looking at animal shelters online to adopt.

The bulk of these crimes go unpunished.
Even after contacting the police, and her bank, Barg says she hasn't seen any of the money returned to her account.

"I'm not getting that money back," Barg said. "But I'm just grateful that I could afford to lose that money."

She has something else to look forward to

Barg has something else to look forward to.

She and her husband located another Siberian cat breeder who lives closer to them.

They plan on driving up to Connecticut to pick up their two cats in February.

And they haven't been asked to send any money upfront.