The planet is on a 'catastrophic' global warming path, UN report shows 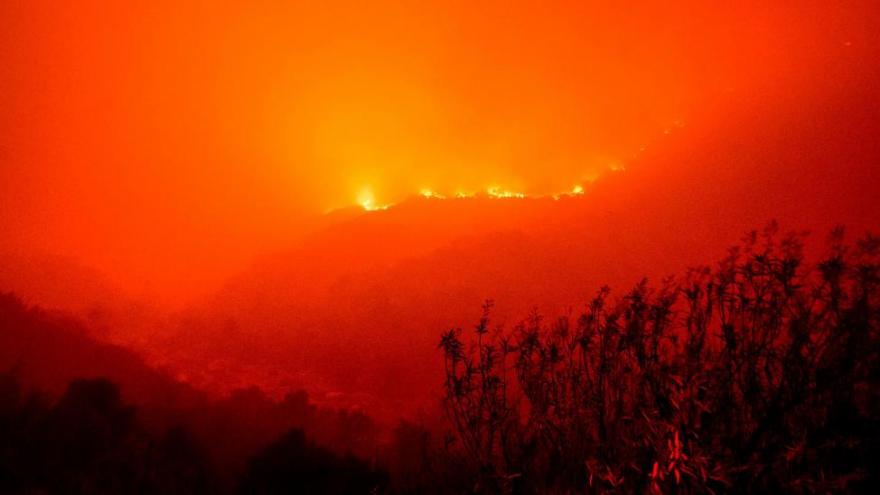 Flames from the KNP Complex Fire burn along a hillside above the Kaweah River in Sequoia National Park, California on September 14. The blaze is burning near the Giant Forest, home to more than 2,000 giant sequoias.

(CNN) -- The planet is careening toward warming of 2.7 degrees Celsius above pre-industrial levels -- far above what scientists say the world should be targeting -- according to a report on global emissions targets by the UN Framework Convention on Climate Change.

Scientists have said that the planet needs to slash 45% of its emissions by 2030 to reach carbon neutrality by mid-century. But under current emissions commitments from countries there will be a 16% increase in emissions in 2030 compared to 2010 levels, according to the report.

That would lead the planet to warm to 2.7 degrees above pre-industrial levels, the report says.

Scientists have said global temperatures should remain below 1.5 degrees above pre-industrial levels to stave off the worse consequences of the climate crisis. A UN report in August showed global temperature is already around 1.2 degrees of warming.

"This is breaking the promise made six years ago to pursue the 1.5-degree Celsius goal of the Paris Agreement," Guterres said. "Failure to meet this goal will be measured in the massive loss of lives and livelihoods."

The report comes after a summer filled with climate change-fueled extreme weather around the world: While the Western US has been battered by wildfires, worsened by unrelenting drought, flooding events and hurricanes, China and Germany experienced deadly flooding events in July as Southern Europe battled wildfires of its own.

Addressing leaders at the Major Economies Forum on Friday morning, Guterres said that the UN climate conference in November, during which world leaders will meet to discuss emissions targets, has a "high risk of failure."

"It is clear that everyone must assume their responsibilities," Guterres said.

In his statement about the report, Guterres urged all countries to submit more ambitious climate targets, or Nationally Determined Contributions (NDCs), that would create a more feasible pathway to 1.5 degrees. He also pressed developed nations to push forward with the decade-long, $100-billion promise to support developing countries with their own commitments.

The NDCs create the foundation for nations to achieve the commitments of the 2015 Paris Agreement. They include information on targets, climate policies, and measures for reducing national greenhouse gas emissions. The NDCs also lay out the need for financing and technology to meet the targets.

"This report is clear: ambitious climate action can avoid the most devastating effects of climate change, but only if all nations act together," Alok Sharma, incoming COP26 President, said. "Those nations which have submitted new and ambitious climate plans are already bending the curve of emissions downwards by 2030."

"But without action from all countries, especially the biggest economies, these efforts risk being in vain," Sharma added.

During the Major Economies Forum -- a virtual and closed-door meeting with other world leaders on climate -- on Friday, President Joe Biden announced the United States and European Union have launched a global pledge to reduce emissions of methane -- a potent greenhouse gas -- by nearly 30% by the end of the decade.

Additionally, as part of the UN General Assembly in New York, the energy and climate ministers of Denmark and Costa Rica announced an effort to encourage countries to transition away from oil and gas production.

"We have the tools to achieve this target," Guterres said. "But we are rapidly running out of time."