The San Jose shooter was disciplined for 4 separate incidents prior to killing 9 coworkers, transit company says 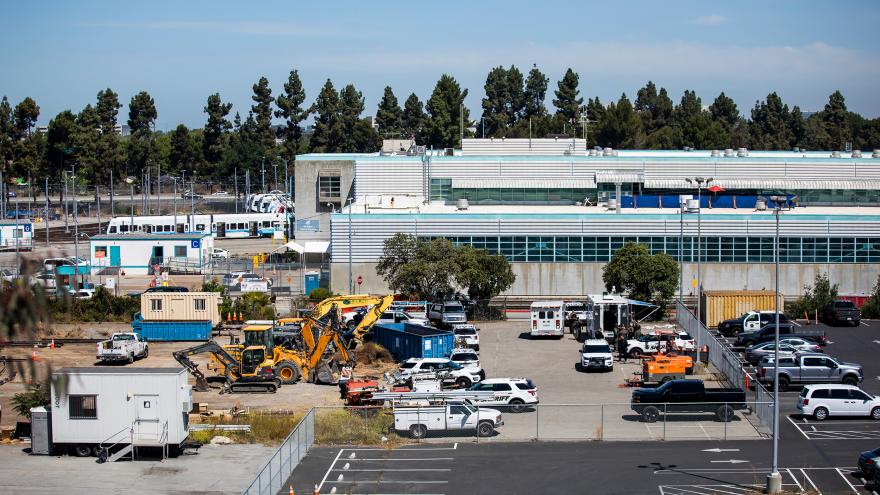 The gunman who killed 9 colleagues at a San Jose, California, light rail yard last month, faced disciplinary action in the past for four separate incidents, including a verbal altercation with a coworker, according to the Santa Clara Valley Transportation Authority (VTA). - Philip Pacheco/Getty Images

(CNN) -- The gunman who killed 9 colleagues at a San Jose, California, light rail yard last month, faced disciplinary action in the past for four separate incidents, including a verbal altercation with a coworker, according to the Santa Clara Valley Transportation Authority (VTA).

In one case in January 2020, after Samuel Cassidy had a verbal altercation with a coworker, one employee said another had said of Cassidy, "He scares me. If someone was to go postal, it'd be him."

VTA said the employee would not name the source of the comment, and despite that, there was "nothing in Cassidy's disciplinary history, or additional information to explain or support that concern." The agency continues to investigate the incident to determine if any other relevant information comes to light.

The details from VTA's initial review of Cassidy's personnel file were released Thursday, about two weeks after the 57-year-old opened fire, killing nine of his coworkers before killing himself.

"So far, there is no indication of records in Cassidy's VTA personnel file of any formal discipline for threatening behavior or violence during his 20-year career at VTA," the agency said.

In its initial review, VTA identified four incidents involving Cassidy that were elevated to management and resulted in disciplinary action.

Aside from the verbal altercation in January 2020, Cassidy was sent home without pay for two days in July 2019 for "insubordination," VTA said, after he refused to adhere to VTA policy in signing out a two-way radio necessary for his job.

In October 2020, Cassidy refused to attend a mandatory CPR recertification class, VTA said. Cassidy had indicated he was concerned about Covid-19, but there was "no ultimate resolution" despite a "number of reasonable accommodations," VTA said.

Cassidy was disciplined for "unexcused leave and improper radio communication" in November 2020. Per VTA, Cassidy had trouble clocking in for a shift and "inappropriately used a VTA two-way radio for personal communication rather than for operational matters, which is against VTA policy." He then left work without permission.

VTA also said that the initial search has not revealed any documentation or history of complaints that Cassidy made racist or threatening remarks.

While VTA described information released Thursday as the "most pertinent information" in its search for answers, it said "there are thousands of pages of documents" that have yet to be reviewed.