The scorching hot used car market may finally be cooling off 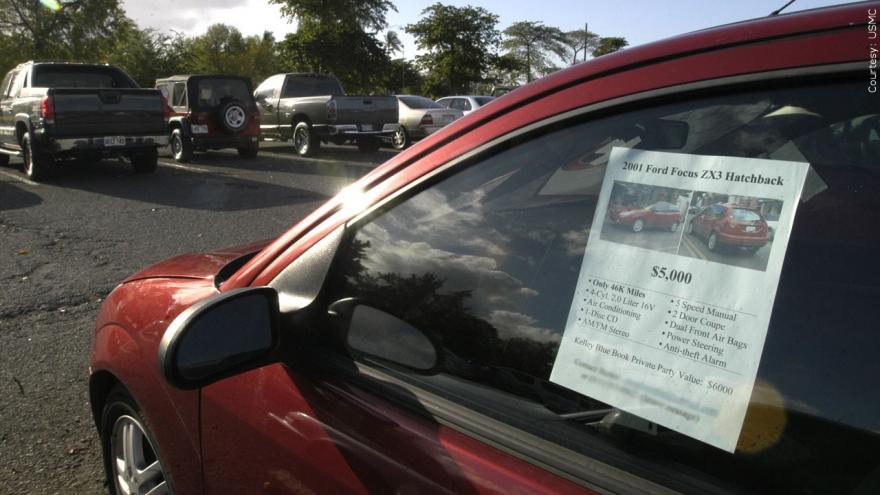 (CNN) -- For months, used car prices have been soaring at an unprecedented rate. That has led to some strange situations, like people selling used pickup trucks for more than they bought them for a year ago and even cars with more than 100,000 miles gaining a lot in value.

But two new reports indicate that things may be starting to cool off.

Wholesale used car prices -- what car dealers pay for the cars they sell to customers -- fell in the first two weeks of July, while used vehicle inventories at dealerships increased,according to Cox Automotive.

In addition, the retail price of used cars -- the amount consumers pay -- has continued to increase, but at a slower pace over the past month, according to aseparateCox Automotive report. While it's not certain yet, Cox Automotive analysts think retail prices will start coming downover the coming weeks.

Getting all the way back to normal will still take a long time, however, said Charlie Chesbrough, a senior economist at Cox Automotive.

Used car prices have been driven to extremes, thanks to a combination of demand from consumers wary of taking public transportation and a major shortage in the computer chips needed to make new cars.

The average price of a used car in the United States passed $25,000 for the first time ever at the end of June, a 26% increase from the year before and up 29% from two years ago.

These price comparisons are statistically adjusted for the differing mix of vehicles sold and for normal seasonal fluctuations, according to Cox.

"The latest trends in the key indicators suggest wholesale used vehicle values will continue to see a similar amount of depreciation in the days ahead," the report said.

While the used car market is no longer at a full rolling boil, it will take some time for ordinary car shoppers to notice a difference, Chesbrough said.

Used car prices still aren't expected to return to anywhere near what theywerebefore the coronavirus pandemic anytime soon, he said.

"My sense is that given the supply shortage on the new[car] side, we're looking at a used market that's going to be constrained for supply for the foreseeable future," he said, "and those prices are going to remain elevated as a result."