The Senate tax bill has hit a snag, votes to continue Friday 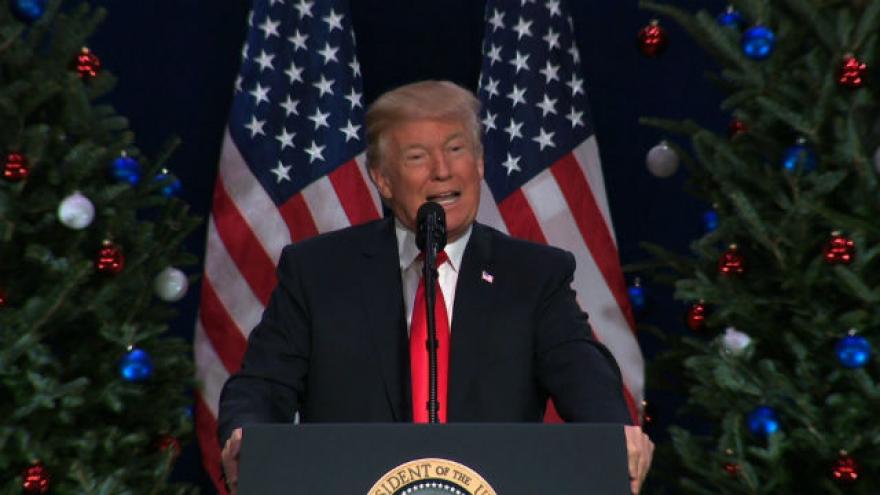 (CNN) -- The Senate Republicans' tax bill hangs in the balance, after Senate Majority Leader Mitch McConnell announced Thursday that votes would continue into Friday and GOP leaders grapple with how they can satisfy the conference's deficit hawks.

GOP leaders had previously hoped to vote the bill out of the chamber by Thursday, but during floor debate one key proposal hit a snag.

Since the beginning, Sen. Bob Corker, a Republican from Tennessee, has staked out ground that he would not vote for a tax bill that increased the deficit by a single penny. In recent days, he hasn't backed off that pledge.

Corker, who is plans to retire without running for re-election next year, made his vote for the tax bill contingent on some kind of trigger that would automatically increase taxes if the bill proposed by Republicans failed to generate the kind of economic growth the party promised.

According to GOP aides and members, the Senate parliamentarian -- the official rule keeper of the US Senate -- ruled that Corker's trigger idea wouldn't be permitted under Senate rules as it was written, injecting uncertainty into a tax bill that is supposed to be the Republican Party's major legislative achievement this year and was is expected to receive a final vote by the end of the week.

The issue revealed itself Thursday around 4:30 p.m. ET as the chamber voted on a motion to send the bill back to the Senate Finance Committee, something Republican leaders most certainly did not want to do, but was a routine amendment vote.

As the clock ticked on for roughly an hour, Corker and two other Republicans -- Arizona's Jeff Flake and Wisconsin's Ron Johnson -- still hadn't voted. A throng of Republicans circled Corker and Flake as Sen. Pat Toomey, a member on the Senate Finance Committee who's cut deals with Corker on the tax bill already, stood next to Corker, explaining something at length.

At one point, the Senate's Parliamentarian came over and Corker used his hands to try to convey a point to her for several minutes.

Corker walked across the chamber to speak with Sen. Angus King, an independent from Maine. The two men looked over some papers, then walked back over the Republican huddle. Corker asked more questions. "Now, Bob," Toomey could be heard saying with frustration, this time standing face-to-face with the Tennessee Republican, rather than side by side. Eventually, Corker voted against sending the bill back to committee, but the incident raises questions about the future of the Senate's tax bill.

McConnell can only afford to lose two of his members and still pass the bill and while Corker has been the most outspoken on the trigger, there are still a handful of other Republican lawmakers like Johnson and Flake who remain wild cards in the debate.

With the trigger idea off the table, Republicans are now grappling with a way to find another revenue stream to nullify Corker's concerns about deficit. One option on the table, according to Republican Senate Whip John Cornyn, is for Republicans to incrementally step up the corporate tax rate from the preferred 20%. The idea would be to potentially increase the corporate tax rate by a half of a percentage point every year after six years.

That could be politically tenuous in the US House of Representatives and even with President Donald Trump himself who argued for a 15% corporate rate, but ultimately conceded to accept 20%.

Even Republican senators remained unclear about the future of their bill. While most were optimistic the bill would still pass, members acknowledged the uncertainty, joking that they still weren't set on travel plans to head home for the weekend.

"I got plenty of flights booked," Johnson joked, noting that he had booked several flights home on Southwest and was prepared to cancel whatever he did not need.