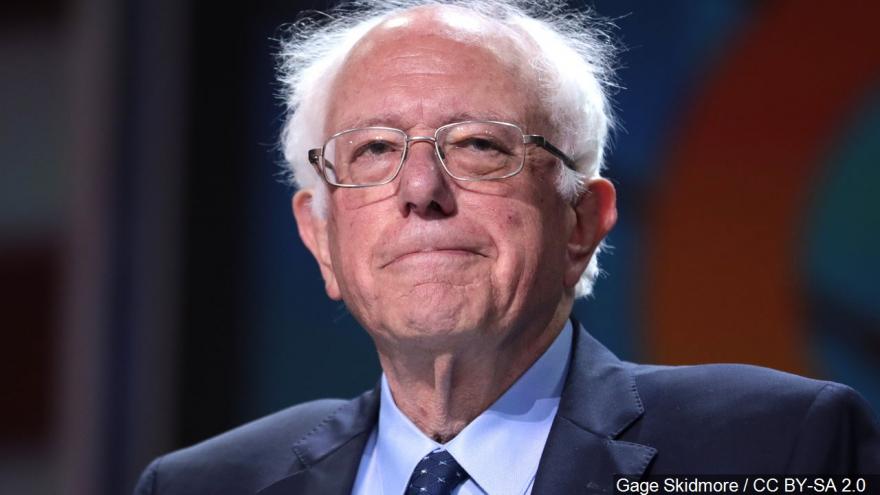 (CNN) -- January 20 was supposed to be about President Joe Biden and Vice President Kamala Harris' inauguration, but all eyes were on Jen Ellis' mittens.

The brown-and-white patterned mittens Sen. Bernie Sanders wore on Inauguration Day were instantly iconic -- so much so that they're going to be produced for the masses.

Ellis, the second-grade teacher from Vermont who gave Sanders the mittens on a campaign stop years ago, has partnered with Vermont Teddy Bear to sell "Bernie mittens." An undisclosed portion of the proceeds will benefit Make-A-WIsh Vermont, which shares an office space with the Shelburne teddy bear business.

She won't be sewing them herself anymore -- she's got her hands full with teaching -- but she taught the company's designers how to replicate her patterns to the T. She's thrilled, she said, that the mittens she sewed for Sanders have proven so memorable.

"I did one thing years ago and forgot about it, and it has come back around in the most joyful way," Ellis told CNN during her brief lunch break.

She couldn't meet demand on her own

Ellis' life changed on Inauguration Day, when a reporter identified her as the designer of Sanders' cozy mittens.

"If I'm going to be instantly famous in a second for something, thank God it's this," she said.

She was immediately inundated with requests to buy up more of her mittens, and as a self-professed "people pleaser," she found it difficult to turn her new fans down. She knew, though, that she couldn't meet the outrageous demand herself.

Vermont Teddy Bear reached out to Ellis, who excitedly accepted the local company's offer for a partnership. She wanted to pair with a company that would donate some of the mitten proceeds to a charitable cause.

"I just think it's important to share the wealth," she told CNN during her brief lunch break.

Ellis, who humbly says she's "not a very accomplished seamstress," made Sanders' mittens out of a repurposed wool sweater and fleece made from recycled plastic bottles.

The partnership with Vermont Teddy Bear accomplishes almost everything she could've hoped for -- it satisfies customers, donates to a charitable cause and keeps production local and sustainable (Vermont Teddy Bear uses recycled materials in its stuffing, too).

Hayes McCarthy, vice president of product innovation, among other things, at Vermont Teddy Bear, told CNN that the teddy bear team will replicate all the details that made Ellis' mittens a viral hit.

"It'll be the exact same thing I made for Bernie, and it's going to be great," she said.

As for when they'll be available, Ellis said patience is key -- she hinted they'd make good holiday gifts. As of this week, they're not available for purchase, but those interested can submit their email addresses to be notified when they're available.

The mittens have raised almost $2 million

"It's a phenomenal gift to us -- not just in the financial contribution, but to be a part of this really fun thing," Hathaway told CNN.

In the less than two weeks since they became a meme, Ellis' mittens have already benefited local charities. She gave a pair of mittens to Outright Vermont, an organization for LGBTQ young people in the state, to auction off for a fundraiser. So far, Outright has raised nearly $20,000.

And Sanders, whose team created sweatshirts and tees with an image of the senator looking nonplussed on Inauguration Day, raised nearly $2 million for Meals on Wheels Vermont, among other local nonprofits.

Though Ellis wasn't directly involved with Sanders' fundraiser, she's touched by his decision to donate to Meals on Wheels. She said the group regularly sent meals to her late grandmother, who lived in isolated rural Vermont.

"It all comes back around," she said. "She's been gone for 12 years, and I've never forgotten their kindness."

Ellis could only speak for a few minutes before she needed to pick up her students from lunch. In the days since Biden was inaugurated, her life has changed dramatically, and now she fields calls while her students are in the cafeteria, she said.

Before she departed to pick up her students from lunch, she told CNN how surprised and thrilled she was to be a part of Inauguration Day lore and a now-ubiquitous meme. It's especially important now, she said, to find something to laugh about, like a pair of unassuming mittens.

She's glad to play a small part in sharing that joy -- even if it interferes with her lunch break.