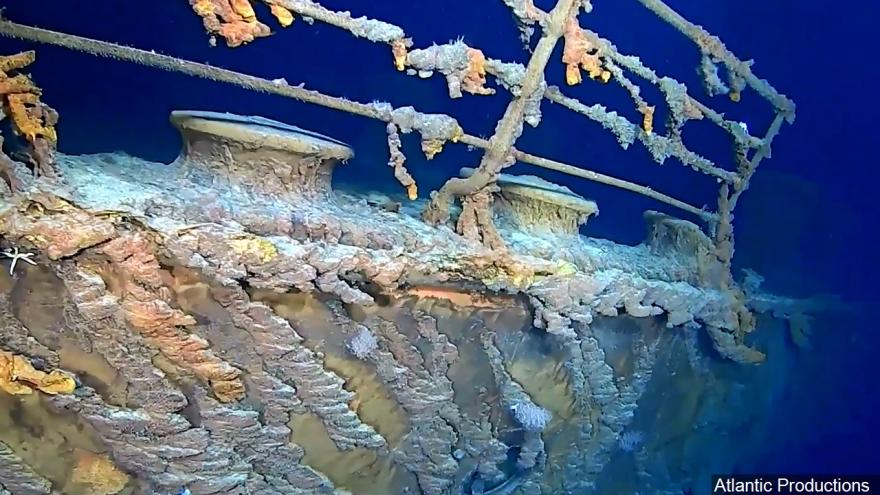 The RMS Titanic new image taken during the expedition in 2019, Photo Date: 8/21/2019
By Madeline Holcombe, CNN

(CNN) -- The underwater ruins of the RMS Titanic will now have the protection of an international treaty.

The United States and the United Kingdom have both passed legislation allowing them the power to grant or deny licenses to enter the hulls of the wreckage and remove artifacts found outside, according to a statement from the British Department for Transport and Maritime Minister Nusrat Ghani.

"Lying two and a half miles below the ocean surface, the RMS Titanic is the subject of the most documented maritime tragedy in history," Ghani said in Belfast Tuesday, according to the statement. "This momentous agreement with the United States to preserve the wreck means it will be treated with the sensitivity and respect owed to the final resting place of more than 1,500 lives."

The UK signed the treaty to protect the Titanic, which is about 370 nautical miles south of Newfoundland, Canada, in 2003. But the treaty is only coming into force now, as the US didn't ratify it until the end of 2019, the statement said.

The ratification of the treaty marks a step forward in an effort of multiple countries to protect the ship, the statement said.

The Titanic was deemed an "unsinkable ship" and was the largest passenger ship afloat in 1912. But on its maiden voyage from Southampton, England, to New York in April, the ship struck an iceberg and sank. Of the 2,223 passengers and crew on board, only 706 survived, according to the US Senate report on the disaster.

Divers visited the wreckage in August for the first time in 14 years. Images they captured show the ship being swallowed up by the ocean floor and ravaged by metal-eating bacteria.