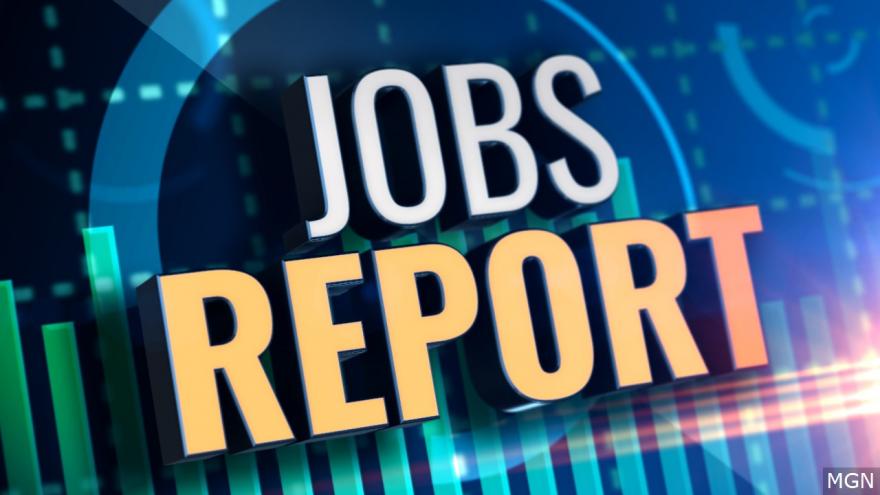 (CNN) -- The US economy added 850,000 jobs in June, when adjusted for seasonal changes. It was far more than economists had expected and a signal that American job growth is accelerating.

It was the biggest monthly jobs gain since August 2020, when the economy added 1.6 million jobs.

The hospitality and leisure sector grew the strongest, having the most ground to cover after the pandemic devastated the travel and service industries. That sector added 343,000 jobs. More than half of them were at restaurants and bars.

It was a "bright" jobs report, even though there is still plenty to worry about, wrote Kate Bahn, interim chief economist at the Washington Center for Equitable Growth, in a tweet. It "just means it's good foundation to grow," she added.

America's once-strong labor market is still far from being back to normal, down 6.8 million jobs compared with February 2020. According to the report, 6.2 million people reported that they didn't work at all or worked less because their employer had been affected by the pandemic.

The unemployment rate stood at 5.9%, up from 5.8% in May, the Bureau of Labor Statistics reported Friday.

Even though the labor force participation rate was unchanged at 61.6%, the number of people quitting their jobs voluntarily to look for another position jumped by 164,000 in June.

It's a tale of a job market in imbalance: Employers are struggling to attract and retain staff as the reopening spurred a hiring surge, because some workers are still not ready to return to work. Many fear infection, or worry about adequate care for their children or elderly relatives. The expanded jobless benefits that were created to soften the pandemic blow also allow people to take longer in choosing the right job for them, rather than to rush back into the labor market.

All of this is creating an unprecedented mismatch between worker supply and demand.

Although many economists rejected claims that pandemic-era jobless benefits are keeping people comfortably at home and away from work, various states have cut the special programs ahead of the September deadline.

But that didn't move the needle much in June. Early data from states that ended those programs shows that didn't push workers to resume their job search, said Cailin Birch, global economist at The Economist Intelligence Unit, in emailed comments.

"Most states will phase out these benefits in September, which could have a more noticeable impact," she added. "More than this, however, we expect an additional few months of economic growth, more progress on Covid vaccinations and the resumption of in-person education in September to be the main factors driving a stronger increase in labor-force participation in the fall."