The US reaches 600,000 Covid-19 deaths as the new, dangerous Delta variant is on the rise 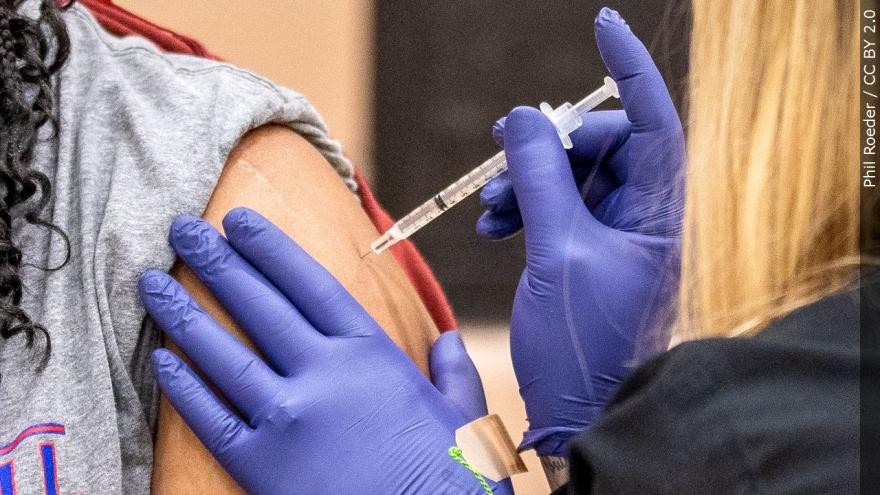 (CNN) -- The US reached another sobering milestone in the Covid-19 pandemic, with 600,000 lives lost to the disease as of Tuesday, according to Johns Hopkins University data.

While daily deaths have decreased in recent months, hundreds of Americans are still dying every day from the disease that's largely preventable by vaccines.

Over the past week, the average number of Covid-19 deaths each day was 343, according to data Monday from Johns Hopkins.

That's about five times higher than the average daily number of people killed in car crashes.

As coronavirus keeps spreading across the globe, it has mutated into more transmissible strains -- including the Alpha (B.1.1.7) and Delta (B.1.617.2) variants.

Both strains are now considered "variants of concern" by the US Centers for Disease Control and Prevention.

That means there's "evidence of an increase in transmissibility, more severe disease (e.g., increased hospitalizations or deaths), significant reduction in neutralization by antibodies generated during previous infection or vaccination, reduced effectiveness of treatments or vaccines, or diagnostic detection failures," the CDC says.

The Alpha variant has become the dominant strain in the United States. But cases of the Delta variant are rising.

A study from Scotland published Monday found the Delta variant was associated with about double the risk of hospitalization compared with the Alpha variant.

Getting vaccinated can stave off those variants. But experts say it's critical to get vaccinated as soon as possible -- before the virus mutates into more concerning strains.

It's 'crunch time' to get vaccinated

"I'm extremely worried because the Delta variant is so aggressive in terms of transmission," said Dr. Peter Hotez, director of the Texas Children's Hospital Center for Vaccine Development.

"If we remember when we first talked about the UK variant -- the B.1.1.7 variant across the British Isles that started out of southeast England -- we were horrified about how aggressive it was infecting people. It was a much higher level of transmission," Hotez said Tuesday.

"This one, the Delta, is even higher than that. And so essentially what's happening is anyone who's unvaccinated is at very high risk now of getting this Delta variant."

Hotez said now it's "crunch" time for eligible Americans -- those ages 12 and older -- to get vaccinated.

"This is the time for everyone to get vaccinated, because even if you want to get yourself vaccinated tomorrow or your adolescent child tomorrow, it's still going to take five to six weeks to get both of those doses of vaccine and then another week after that," he said.

"When a virus is more contagious, you need to have a higher percentage of the population that is protected -- immunized -- if you're going to stop the spread," said Dr. Paul Offit, director of the Vaccine Education Center at the Children's Hospital in Philadelphia.

"This virus is going to be circulating in the world for a long time."

And the longer a virus spreads, the more chances it has of spawning variants that are even more contagious, Offit said.

But most Americans aren't fully vaccinated -- leaving them vulnerable to the Alpha and Delta variants.

As of Tuesday, 52.6% of Americans had received at least one dose of vaccine, and 43.9% were fully vaccinated, according to CDC data.

Offit said by the winter, when the virus is likely to surge again, the US will need to get the number of fully vaccinated people up to 80% or higher to protect the population.

The good news: While the spread of more contagious variants may be less inhibited by vaccines, the level of protection still appears to be high, Offit said.

Those who've had Covid-19 should get vaccinated to be 'bulletproof,' researcher says

People who have been infected with Covid-19 appear to maintain their immune response for at least a year, according to a study published in the journal Nature.

Researchers reported that the human immune system's memory B-cells continue generating protection against Covid-19 for at least a year.

Studies have shown people who recovered from coronavirus infections may be vulnerable to new variants of the virus. But vaccines, especially mRNA vaccines such as those made by Pfizer/BioNTech and Moderna, generate a strong response that protects people against those variants.

An extra boost with a vaccine may expand the protection that recovered patients have, researchers said.

"The antibodies produced by the memory cells evolved increased breadth and potency," said molecular immunologist Michel Nussenzweig of The Rockefeller University, who worked on the study.

The first state to shut down fully reopens

California was the first state to issue a stay-at-home order during the pandemic. Now, 15 months later, it is fully reopening.

Starting Tuesday, capacity limits and social distancing requirements for all businesses will be lifted.

Large events, such as concerts, conventions and sports, will still have some restrictions -- including vaccine verification requirements for those attending indoor events with 5,000 people or more and recommendations for outdoor events with more than 10,000 attendees.

About 72% of Californians are at least partially vaccinated, and about 47% of the state's residents are fully vaccinated, Gov. Gavin Newsom said Monday.

There will be no so-called vaccine passport, but Newsom plans to announce an electronic version of state's vaccine cards later this week.

California has invested $116.5 million in incentives for vaccinations, including gift cards and cash prizes. On Tuesday, state officials will hold a drawing in which 10 vaccinated Californians will each win a $1.5 million prize.

Fully vaccinated people can go without a mask in most situations, but those who are unvaccinated will still be required to wear masks in indoor public places.

And masks will be mandated for everyone in certain places, including on public transportation, inside hospitals and inside jails.

Businesses can require masks at their discretion, and the California Division of Occupational Safety and Health is set to adopt new rules for face coverings in the workplace.

But because that isn't expected until the end of June, Newsom indicated he will sign an executive order later this week "to clear up any ambiguity."