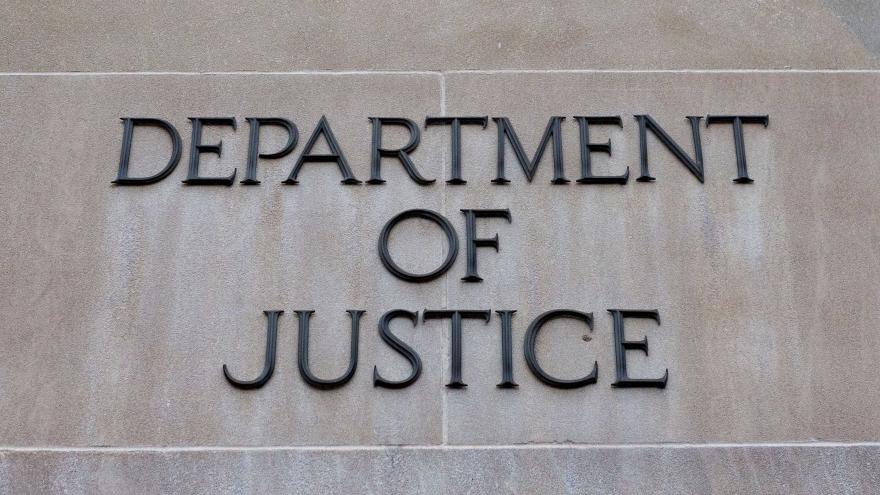 ALEX EDELMAN/AFP/Getty Images-The exterior of the United States Department of Justice on Feb 16, 2018 in Washington, D.C.

(CNN) -- The White House liaison to the Justice Department has been barred from entering the building after she attempted to access sensitive information about possible election fraud, CNN has learned.

Heidi Stirrup was put in the position after chief of staff Mark Meadows informed federal agencies in September the White House was replacing all of their liaisons, which was widely seen as a move to install loyalists in the roles. But after only a short time on the job, Stirrup is no longer allowed at the Justice Department after she attempted to secure information that she was not privy to regarding potential voter fraud cases, a person familiar with the matter told CNN.

The Associated Press first reported this development. The White House personnel office did not immediately respond to a CNN request for comment. The Justice Department declined to comment.

But Stirrup appears to have already been placed in a new role. The White House announced Thursday she would be appointed as a member of the Board of Visitors to the US Air Force Academy.

Stirrup's pressure on Justice Department employees marks another example of the Trump administration inserting itself in deliberations surrounding alleged widespread election fraud. The Justice Department has found no evidence that there has been fraud in last month's presidential election to the level suggested by President Donald Trump, Attorney General William Barr said in an interview with The Associated Press published Tuesday. But Trump has repeatedly made baseless claims of voter fraud in the weeks since the election, taking the issue to the courts and in some instances bringing it to the White House.

Trump invited Republican lawmakers from Pennsylvania to the White House last week following a "hearing" the lawmakers hosted in Gettysburg over baseless allegations of voter fraud in last month's election. Trump called in to that event.

Last month, Trump invited Republican state lawmakers from Michigan to the White House and called two Republican canvass board members from the state's Wayne County to offer his support, a person familiar with the matter told CNN, after they went back and forth on voting to certify the election results from the state's largest county, which includes Detroit. The board members filed affidavits the next day seeking to "rescind" their votes to certify the election results.

And after more than 30 failed lawsuits in 30 days, attempts by Trump and his backers to overturn the election of Joe Biden as the next president have fallen in court -- sometimes repeatedly, with judges gutting claims and shutting down all possible legal avenues to interfere with the Electoral College.

But the President's effort isn't stopping, with more lawsuits and appeals getting filed almost daily and more than $170 million raised in response to pleas for cash from Trump.

CNN reported in September that the liaisons were being replaced with officials who will report directly to the White House instead of the agencies to which they're assigned, a move aimed at giving the White House more political hiring power.

The change was implemented by John McEntee, the head of the White House personnel office who has battled with officials at agencies about political appointees.