There was likely no second shooter at the Gilroy Garlic Festival, police say 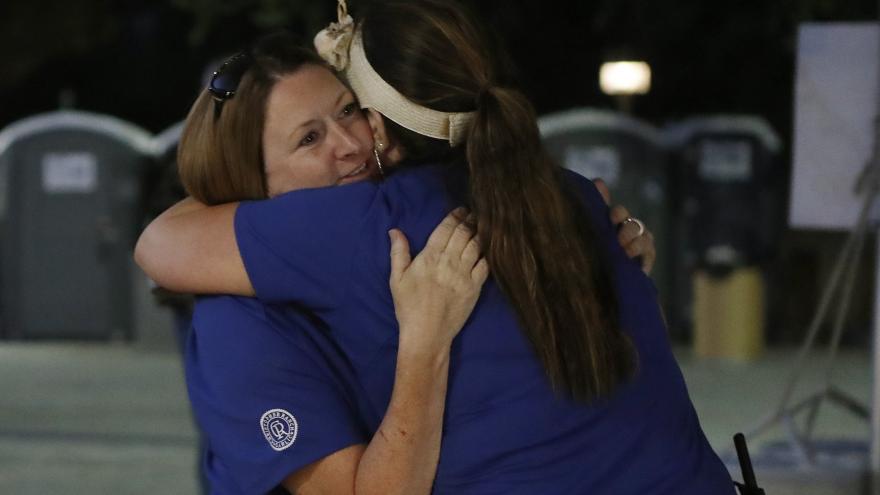 (CNN) -- The gunman who opened fire at the Gilroy Garlic Festival in Northern California over the weekend likely acted alone, police said Tuesday.

He was seen by himself in surveillance footage retrieved from the stores he visited before the shooting, Gilroy Police Chief Scot Smithee told reporters.

"Our investigation is leading us more and more to believe that there was not a second person involved," Smithee said. "I don't think I could say that with absolute certainty at this point because we're still following up leads."

Shortly after the attack, authorities said that they were searching for a second gunman who witnesses said may have been involved in the shooting. But Smithee later said multiple people gave differing descriptions of that person.

The shooter, identified as Santino William Legan, 19, cut through a back fence to get into the festival in Gilroy's Christmas Hill Park on Sunday and began shooting at random, Smithee said. Legan killed three people and injured at least 12 others with an assault-style rifle he bought in Nevada weeks earlier, authorities said.

Police killed the shooter within a minute of him opening fire.

Smithee said authorities found a shotgun in the suspect's car, which was parked just northeast of the park. A bag was recovered with additional ammunition from an area by a creek, the police chief said.

The mass shooting at the popular food festival in the city about 30 miles southeast of San Jose claimed the lives of 6-year-old Stephen Romero, 13-year-old Keyla Salazar and Trevor Irby, a 2017 college graduate.

Authorities continue to seek tips from the public as the investigation progresses.