There's a new Jeopardy! contestant on a historic winning streak 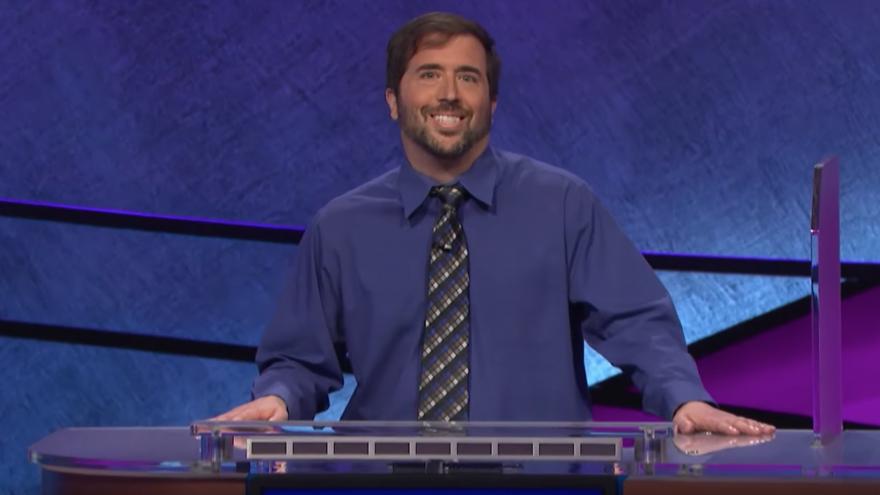 (CNN) -- Please update your records, because there's a new member in the pantheon of Jeopardy! greatness.

Jason Zuffranieri, a math teacher from Albuquerque, New Mexico, just won his 15th straight Jeopardy! game. That puts him at #5 on both the all-time earnings list (he's netted $418,343 so far) and the all-time consecutive games list.

Let's not put him in Jennings territory yet, but it certainly seems like Zuffranieri could be the next James Holzhauer, who rocketed up the Jeopardy charts earlier this year but ultimately fell short of topping Jennings' earning record.

All in all, Zuffranieri seems pretty humble about his rise.

"I kind of want to reach the best I can, which I know is certainly not as good as some other people who have been on this show," he said in a recent Jeopardy! profile. "But I'm certainly going to try my best, and try to limit my mistakes and maximize my winnings. Just keep it rolling as long as it can -- because it's such a blessing."

The Jeopardy! profile also reveals a whole category's worth of fun facts, including that Zuffranieri "was featured in a local magazine as one of the region's hottest singles."

If Zuffranieri wants to rise among the ranks of Jeopardy legends, he certainly has his work cut out for him, but you can watch him try for #16 during the next Jeopardy! contest on Friday, September 20. It will be the perfect apertif for a weekend of football.