There's not a single US state where a minimum wage worker can afford a 2-bedroom rental, a report says 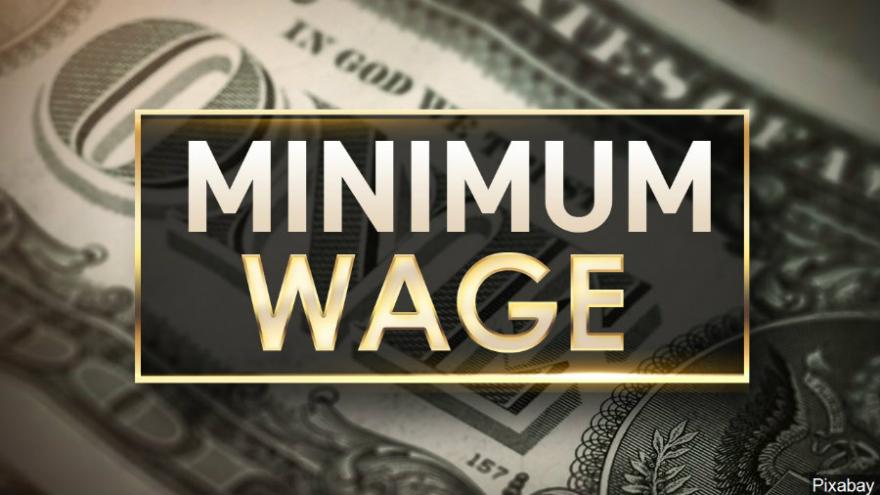 (CNN) -- There's not a single state, county or metropolitan area in the entire United States where a full-time worker earning the federal minimum wage of $7.25 an hour can afford a modest 2-bedroom apartment.

And if those workers wanted to? They'd have to work 122 hours a week. Every week. All year.

This is according to a new report from the National Low Income Housing Coalition, or NLIHC, which calls attention to the gap between low-income wages and the high cost of rent throughout much of the United States.

The NLIHC found US workers need to earn $22.10an hour to afford a "modest" two-bedroom rental. That's about three times the federal minimum wage.

"This year's findings," the report says, "demonstrate how far out of reach modestly priced housing is for the growing low-wage work force, despite recent wage growth, and for other vulnerable populations across the country."

Here's a breakdown of the report.

The hourly wage the NLIHC uses throughout the report is called a "housing wage."

The NLIHC based that figure on what the Department of Housing and Urban Development calls "fair market rent," an estimation of how much a family would expect to pay in a given area.

The NLIHC then used that number to determine how much a full-time worker has to earn without spending 30% of their income on housing.

In Arkansas, where housing costs are lowest, workers still need to earn $13.84 an hour to afford a 2-bedroom home. The average fair market rent in Arkansas is $720 and the minimum wage is $8.50, the report notes.

The average fair market rent in Hawaii is $1,879, the most expensive in all 50 states. Though the state recently raised its minimum wage to $10.10, households still need to earn $36.13 per hour to afford that 2-bedroom home.

Here are the top 10 most expensive states, including Washington, D.C.

The disparity is starkest in major metropolitan areas.

San Francisco tops the list for the cities with the most expensive housing wage.Workers there have to earn $60.02 an hour on average to live in a 2-bedroom rental.

Of the 10 most expensive metropolitan counties, eight are in California, one is in New York and one is in Hawaii.

Here are the most expensive metropolitan areas:

A little, but not by much.

On average, workers still need to earn $17.90 an hour to afford a modest one-bedroom apartment.

In 22 out of 3,000 counties nationwide could workers earning minimum wage afford to rent a one-bedroom, the NLIHC says.

According to the report, a worker earning minimum wage would have to work 99 hours per week all year long to afford a one-bedroom home. That's about 2.5 full-time jobs.

The report calls out President Donald Trump and his administration, which has proposed cutting funding for federal housing assistance.

Earlier this year, HUD Secretary Ben Carson announced a proposal to triple the rent for households receiving federal housing assistance, and require they pay 35% of their gross income in rent, instead of the current requirement of 30%.

Carson said the proposal would help address rising costs of providing housing assistance, which he said currently helps only one in four families who qualify.

Trump's proposed cuts for the 2019 fiscal year, the NLIHC report says, would "lead to the largest reduction in affordable housing and community development investments in decades," taking "vital federal rental assistance" from 200,000 families.

But rather than cutting assistance, the report says, the government should continue to invest in housing programs that help the lowest-income households.

"The affordable housing crisis demands that we think big and act boldly," writes Sen. Bernie Sanders in the report's preface.

"In the richest country in history," he says, "no family should have to make the awful choice between food on the table and keeping a roof over their heads. This is America. We have the resources to solve the affordable housing crisis."