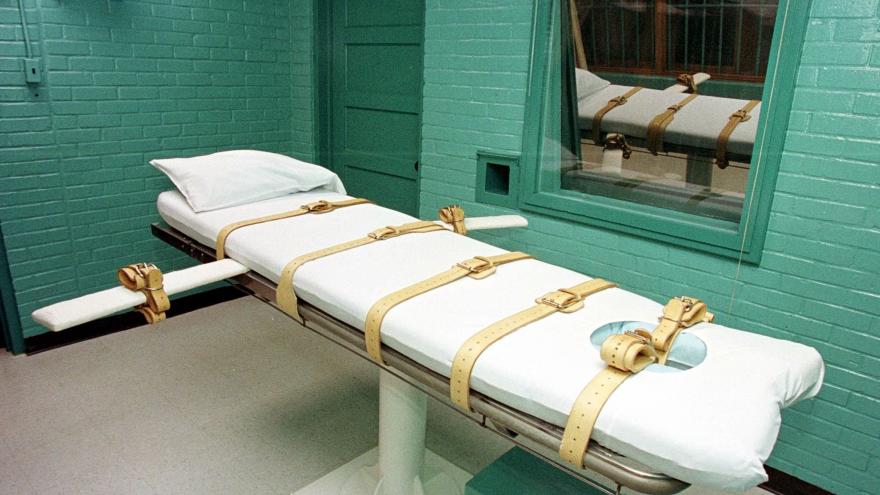 (CNN) -- The federal government is set to bring back capital punishment after 16 years with the executions of five inmates.

Attorney General William Barr on Thursday ordered the Bureau of Prisons to adopt an updated execution protocol, clearing the way for five death row inmates to be put to death. The executions are scheduled to begin in December 2019, though legal challenges could potentially delay them.

These are the inmates who will be executed:

According to a Justice Department news release, Daniel Lewis Lee is a member of a white supremacist group who killed a family of three -- among them an 8-year-old girl.

He was found guilty in May 1999 in the US District Court for the Eastern District of Arkansas on three counts of murder in aid of racketeering and sentenced to death.

His execution is scheduled for December 9.

Lezmond Mitchell was found guilty in May 2003 in the US District Court for the District of Arizona of stabbing a 63-year-old grandmother to death and then forcing her 9-year-old granddaughter to sit next to her body during a 30- to 40-mile drive. He then slit the girl's throat twice. She also died.

His execution is slated for December 11.

Wesley Ira Purkey was found guilty in November 2003 in the US District Court for the Western District of Missouri of violently raping and killing a 16-year-old girl before dismembering and burning her body.

He had also been convicted in state court of using a claw hammer to kill an 80-year-old woman, the Justice Department said in the release.

His execution is scheduled for December 13.

According to the Justice Department, Alfred Bourgeois tortured and sexually molested his 2-year-old daughter before beating her to death.

He was found guilty in the US District Court for the Southern District of Texas in March 2004 of multiple offenses, including murder, and sentenced to death.

Dustin Lee Honken was found guilty in October 2004 in the US District Court for the Northern District of Iowa of murdering five people, including a single mother and her 10- and 6-year-old daughters.