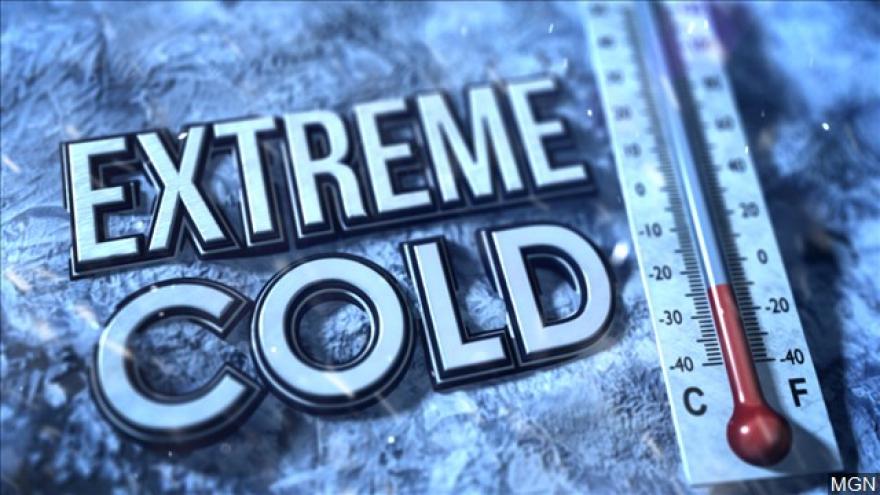 (CNN) -- As much of the Midwest shivered in below-zero weather this week, some people warmed the hearts of strangers with random acts of kindness.

Here are some of our favorites:

A single act of generosity was multiplied again and again after a Good Samaritan paid for hotel rooms to shelter homeless people in Chicago from a historic and potentially deadly cold snap.

Donations of transportation, food and money flooded in after strangers learned that real estate developer Candice Payne had booked 20 hotel rooms at the Amber Inn motel.

"I had strangers from social media who are now lifelong friends helping me," she told CNN. Soon, the improvised group had booked 60 rooms for more than 100 people, including children and families, Payne said.

The group's first move was to help evacuate a tent city near the Dan Ryan Expressway, where a fire caused by a propane tank explosion forced out dozens of residents, Payne said.

With temperatures of 20 to 25 below zero, a homeless encampment near the expressway was using heat courtesy of 150 to 200 portable propane tanks -- many of them donated. One of the tanks exploded because it was too close to a space heater. That left city officials with no option but to close the encampment and hurry to find shelter for the people living there.

They fired up a snowmobile to deliver medication

With snow blocking driveways, a Michigan pharmacist got creative in delivering prescriptions to her customers.

Andrea Cusack, the pharmacist, typically delivers medicine in her small community of Lake Odessa between Grand Rapids and Lansing. But on Tuesday, with snow covering the road, Cusack enlisted the help of her 15-year-old son and fired up their snowmobile so they could make special deliveries.

"Blood pressure, diabetes meds, you do not want to stop those," Cusack told CNN affiliate WILX. "You want to take those continuously."

Cusack's husband shared a picture of the duo on Facebook.

"Appears we have a new addition to Lake Odessa Pharmacy's delivery service!" he posted.

Firefighters helped with a newborn and shoveled snow

Iowa couple Scotty and Cassy Abram found themselves in a precarious situation after returning home early from the hospital when it looked like their son wasn't ready to arrive. Suddenly, Scotty Abram had to deliver the newborn on their living room as they waited for paramedics.

When Cedar Rapids firefighters arrived, the crew made the family's day even more special. While several took care of the mother and baby inside, others shoveled snow from the couple's driveway.

And as mother and baby were being wheeled out of their house to return to the hospital, they saw a scene they'll never forget.

"After they got mom and baby in warm blankets on the stretcher and 'Dr. Dad' was ready to go, we went outside and saw the firemen finishing shoveling their long drive," Ruffin said.

Neighbors found unexpected warmth when they opened their front doors this week despite a wind chill of minus 14 in Morton Grove, Illinois, near Chicago. Handwritten notes left behind read: "My family and I are available if you need assistance in picking up groceries, medicine or removal of snow."

The notes came from Sabeel Ahmed, his wife, Asma Naheed, and their three children. The family went door to door, leaving letters on 40 of their neighbors' houses.

Ahmed said he wasn't looking for anything in return. He just wanted to push back against the cold that keeps people homebound and isolated.

"We need to take care of our neighbors. That was a big motivation for doing this," Ahmed told CNN. He said he decided to leave the notes after worrying about an elderly woman who lives next door.

Ahmed is director of GainPeace, an Islamic outreach organization. He said he hopes his family's actions will highlight an important aspect of the Muslim faith: caring for neighbors.

"Despite racial and religious differences," he said, "at the end of the day, we have to meet."