These are the heroes of the Florida school shooting 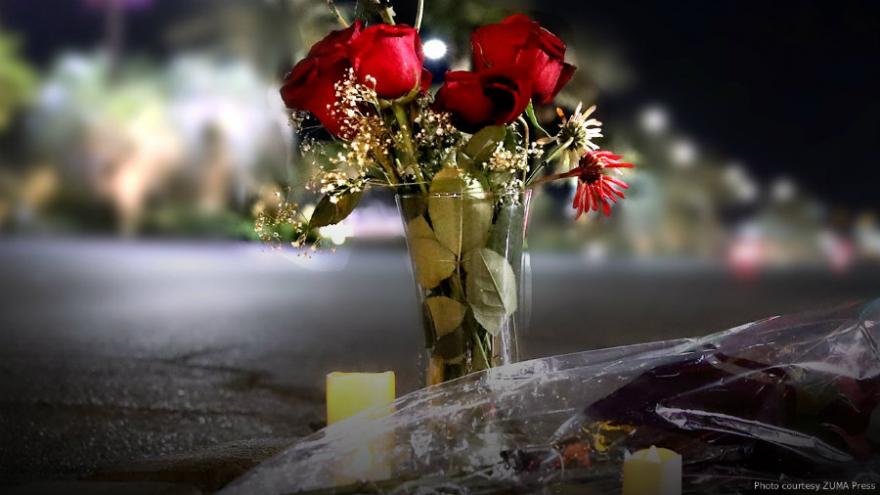 (CNN) -- He died shielding students from gunfire. He captured the gunman. She hid students in a closet.

Tales of heroism have emerged as survivors recall the moments after a gunman opened fire Wednesday at the Marjory Stoneman Douglas High School in Parkland, Florida.

Here are the stories of some of the people who saved lives:

Aaron Feis, an assistant football coach, was killed when he threw himself in front of students to protect them from oncoming bullets.

"He died the same way he lived -- he put himself second," said Denis Lehtio, a football program spokesman. "He was a very kind soul, a very nice man. He died a hero."

The 37-year-old coach ran toward the sounds of gunshots and shielded three girls from gunfire, according to Colton Haab, a 17-year-old junior.

He suffered a gunshot wound and died during surgery, Lehtio said.

The officer who caught the gunman

Coconut Creek Police officer Michael Leonard went to the school to offer any support he could. After seeing scores of officers there, he decided to search for the suspect around the neighborhood.

"He looked like a typical high school student and for a quick moment I thought 'could this be the person? is this who I need to stop?," Leonard said of the first time he saw the shooter.

Leonard followed his instincts after seeing that the teenager's clothes matched the description given on radio. He arrested him without incident.

A teacher who ushered students to safety

Scott Beigel, geography teacher, was killed as he tried to usher students back into his classroom when the shooting broke out.

His student Kelsey Friend told CNN that he saved her life before he was shot outside the classroom door.

"Mr. Beigel was my hero and he still will forever be my hero. I will never forget the actions that he took for me and for fellow students in the classroom," Friend said. "I am alive today because of him."

The 35-year-old teacher was also a summer counselor at Camp Starlight in Pennsylvania, which called him a "friend and hero" on Facebook.

A student who shielded others with Kevlar

After hearing seven gunshots, 17-year-old Colton Haab, ushered 60 to 70 people in a room.

The Junior ROTC student saw the Kevlar sheets he and others used for the marksmanship program. They could come in handy, he thought.

"We took those sheets, and we put them in front of everybody so they weren't seen, because they were behind a solid object and the Kevlar would slow the bullet down," Haab told CNN on Thursday.

"I was a little scared. I was more worried about getting home safe, making sure everybody got home safe," he said.

A teacher who hid 19 students in a closet

There was a shooter on campus and there was no time -- that's all Melissa Falkowski knew.

"I managed to put 19 kids in the closet with me," said Falkowski, a teacher. "This is the worst nightmare that could ever happen to you."

Most students stood in silence while on their phones, others burst into tears. Falkowski said she just tried to hold herself together.

"You try to do the best you can for the kids you are supposed to keep safe," she added.

Other students pushed bookshelves against doors and covered windows with paper to avoid anyone from seeing inside.

A janitor who told students to run the other way

A janitor diverted students away from the direction of the shooting. David Hogg, a senior, says he and others were inadvertently running toward the gunman.

"Thank God for a janitor that stopped us," Hogg said. The janitor also helped usher students into a culinary room.

"She saved my life and she saved, easily, 40 others there," he added.

Doctors who treated the victims

Doctors and nurses in three hospitals treated more than a dozen people injured. They came face to face with the carnage, putting their feelings aside and ultimately saving lives.

"It was challenging because you don't see young kids being shot and dying in front of you," said Dr. Igor Nichiporenko, medical director of trauma services at Broward Health North.

There was anger and sadness, but when a patient survives, anxiety turns into satisfaction, said Dr. Ivan Puente, a trauma surgeon.