These images show the mudslide devastation in California 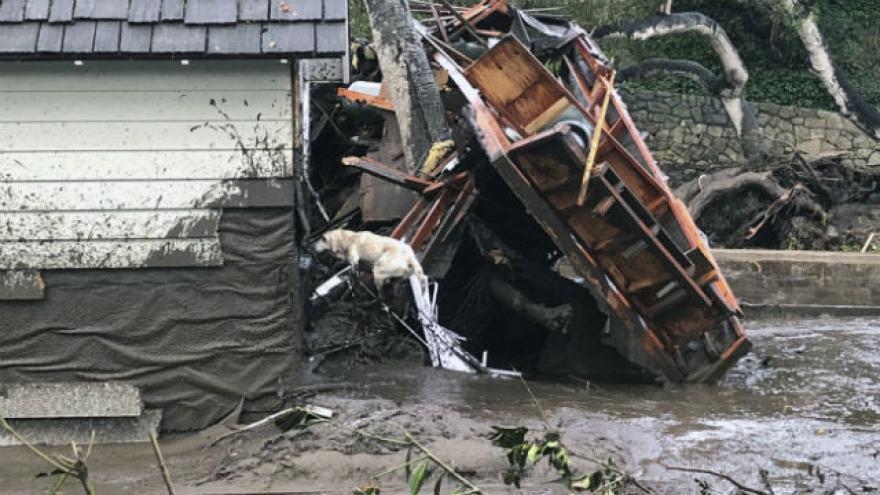 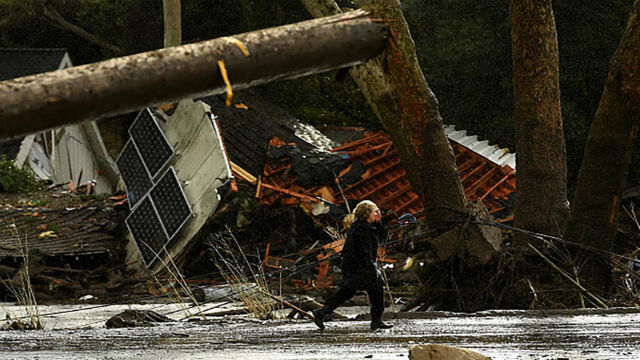 As of Wednesday, 15 people had been killed and more than 160 others were injured. Waly Skalij/Los Angeles Times/LA Times Via Getty Images

(CNN) -- Destructive waves of mud sliding down barren hillsides in Southern California slammed everything in sight.

The force of the mudslides was so massive that it destroyed homes, uprooted trees and washed away dozens of cars Tuesday.

Hundreds of first responders in Santa Barbara County waded through waist-high mud while others flew over the devastation searching for survivors. As of Wednesday, 15 people had been killed and more than 160 others were injured.

In Montecito, a suburb of Santa 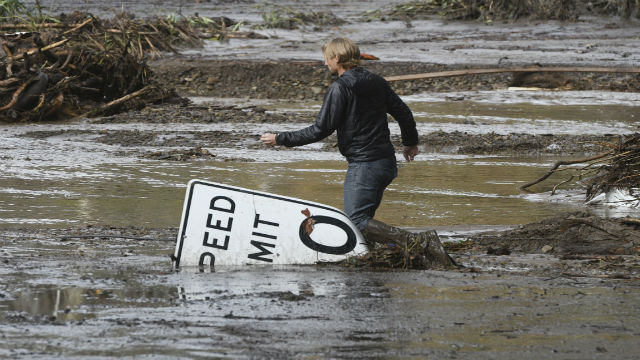 Muddy, debris-filled water flooded roads, leaving the region at a standstill. AP
Barbara, residents walked on streets blanketed by mud, trying to take in the devastation in the wealthy hillside enclave.

"No one could have guessed this," Diane Brewer said. "I'm wondering if my friends are alive."

The amount of debris left behind is so massive that a 30-mile stretch of US 101 between Montecito and Santa Barbara is expected to remain closed for at least 48 hours, said Capt. Cindy Pontes with the California Highway Patrol.

The mud came in an instant, pounding and crashing through the walls of homes.

Ben Hyatt said his Montecito home was surrounded by 2 or 3 feet of mud, and a washing machine had drifted into his front yard.

As the mud receded, a dark stain covered halfway up the front windows of a home in Montecito, a stark reminder of the havoc caused by the heavy rain and flooding.

Homeowners and first responders searched for at least two dozen people who were unaccounted for.

Among those looking for survivors were Riley, a search dog with the Santa Barbara County Fire Department, and his handler, Eric Gray.

The yellow Labrador retriever was deployed to Japan after the 2011 earthquake and tsunami and traveled to Nepal following the deadly earthquake there in 2015, according to the National Disaster Search Dog Foundation. Most recently, the pair traveled to Puerto Rico to search for people trapped in the rubble in the aftermath of Hurricane Maria, CNN affiliate KEYT reported.

In Montecito, a 14-year-old girl was rescued after several hours from the rubble of a home destroyed by the heavy rains. Firefighters helped the girl, coated head to foot in mud, from a pile of wood and debris, a photo from the county fire department shows.

Dozens were trapped in cars and buildings. At least 50 people were airlifted to safety on Tuesday in emergency helicopters, according to Kevin Taylor of the Montecito Fire Department.

In video footage, rescuers saved a driver whose car was swept away by a mudflow during the rainstorm.