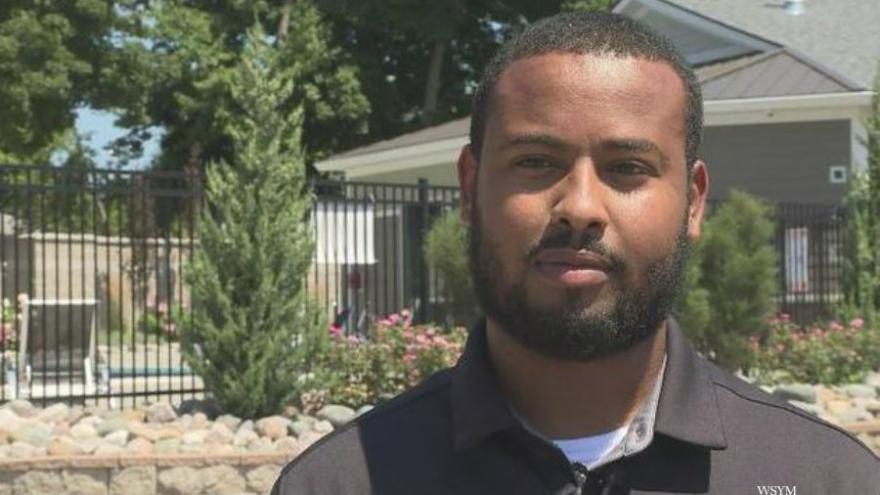 EAST LANSING, Mich. (WSYM) -- Not your typical kids birthday party, it started off as a relaxing dip in the pool but that quickly turned into a nightmare.

The father was swimming at the pool in Abbott Pointe apartments in East Lansing. It was a trusted place, where the family has never had a bad experience before.

That's until someone walked away with his belongings.

It was the start of his son's 10th birthday party. SeAre Habtemariam placed his car keys, prescription glasses, and speakers, among other things in a backpack and hopped in the pool with his son.

The father said, "and 15 minutes later decided to go back to the table and everything was gone."

And's it been a huge inconvenience.

"I didn't plan on spending $1,000 to replace everything that I lost, my keys to have my car towed, get the keys replaced, definitely a big inconvenience," said Habtemariam.

Habtemariam told Letang his son saw a man that he believes might've taken their stuff.

"My son did see someone, two people walk through the gym area, we found out that one of them, later on, was the maintenance guy and he had let the guy in because he had no shirt on and thought he was going back to the pool," said Habtemariam.

Habtemariam said he was able to salvage the night and have the kids swim somewhere else, but said it did kill the vibe.

"We come here pretty often, I have friends that live here, it's a great place I grew up in East Lansing it's home, never expected something like that to happen," said Habtemariam.

East Lansing Police are looking into this case. They're reviewing surveillance video from the apartments to try to identify the thief.