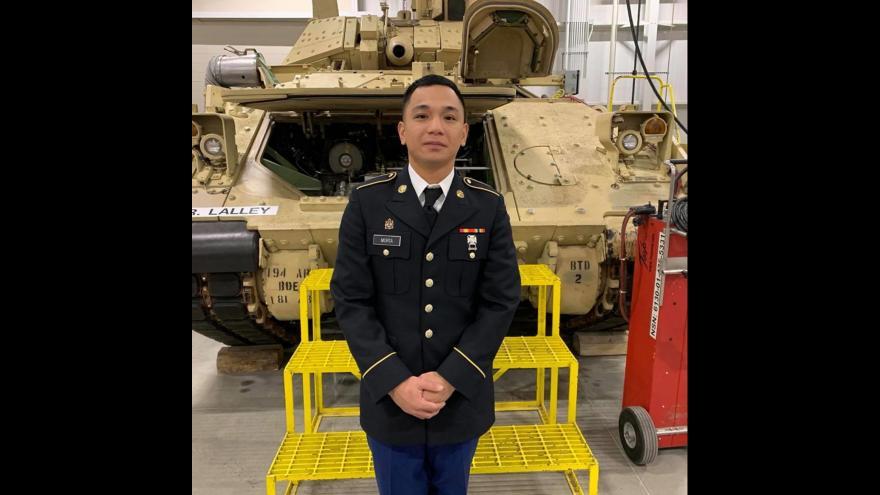 Private Mehjor Morta, 26, is the third Fort Hood soldier to be found dead in the past month and at least the seventh since the start of 2020, according to previous CNN reporting.

Pvt. Mehjor Morta, 26, is the third Fort Hood soldier to be found dead in the past month and at least the seventh since the start of 2020, according to previous CNN reporting.

"We are at a place where we don't have any information to release at this time. The investigation is ongoing," sheriff spokesman Lt. Bob Reinhard told CNN on Wednesday.

Morta joined the Army in September 2019 as a Bradley Fighting Vehicle mechanic and was assigned to 1st Battalion, 5th Cavalry Regiment, 2nd Armored Brigade Combat Team, 1st Cavalry Division, in May 2020, according to Army officials.

"The Black Knight family [the nickname for Morta's Army unit] is truly heartbroken by the tragic loss of Private Mejhor Morta. I would like to send my heartfelt condolences to his family, friends and loved ones," said Lt. Col. Neil Armstrong, commander of 1st Bn. 5th Cav. Regt. "My thoughts and prayers are with them during this difficult time. Private Morta was a great Trooper and this loss is felt by every member within our formation."

Other Fort Hood soldier deaths in 2020

Several other junior enlisted Fort Hood soldiers have died near the Army base this year, according to Fort Hood reports.

Also in March, 23-year-old Spc. Freddy Beningo Delacruz was found dead with two other people, and their deaths are being investigated as homicides, CNN affiliate KXXV reported.

In May, Pfc. Brandon Scott Rosencrans, 27, was found dead in Harker Heights, Texas, Fort Hood officials reported, and local police are investigating his death as a murder.