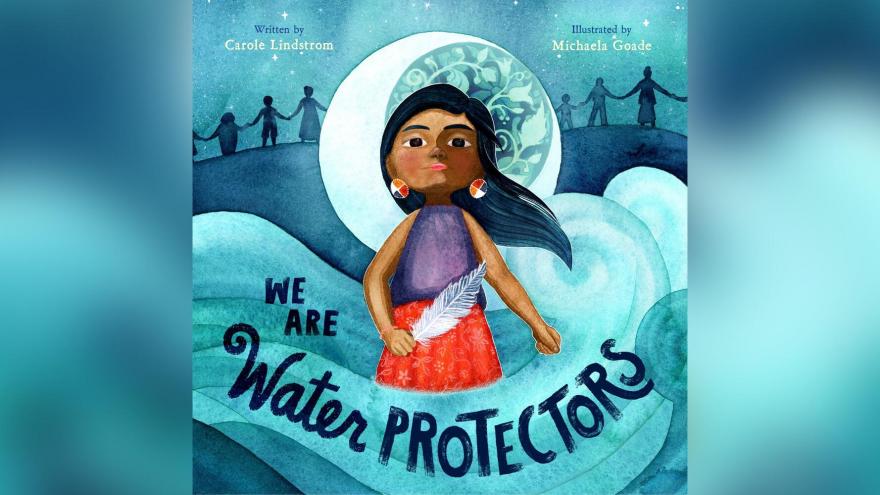 The Caldecott Medal is a prestigious award given to the artist of the best children's picture story.

This week she became the first Native American to win the Randolph Caldecott Medal for her illustrations in the children's book "We Are Water Protectors," according to the American Library Association. The Caldecott Medal is a prestigious award given annually to the artist of the most distinguished American picture book for children.

"It's a great honor to be the first Indigenous artist to win this award, but I am of course standing on many shoulders," Goade, a member of the Tlingit and Haida Indian Tribes of Alaska, said in a statement to CNN. "I think it's important to acknowledge and reflect on the significance of being the first in 2021, while also looking towards the future with much hope. I won't be the last! It brings me so much joy to think about Indigenous youth who will see themselves in this recognition and know that their stories are powerful and value."

"We Are Water Protectors" was written by Carole Lindstrom, a member of the Turtle Mountain Band of Ojibwe. The story follows a young Native American girl as she takes a stand against a black snake threatening to poison her people's water, according to the book's description.

The snake, which is shaped like a pipe in the book, represents the Dakota Access Pipeline -- a controversial crude oil project that spans 1,172 miles and extends over four states -- and is a reference to the Black Snake Prophecy, according to Goade.

The book draws its inspiration from the Standing Rock Sioux Tribe's struggle to stop the construction of the pipeline. In 2016, the tribe filed a complaint in federal court alleging "the construction and operation of the pipeline ... threatens the Tribe's environmental and economic well-being, and would damage and destroy sites of great historic, religious, and cultural significance to the Tribe."

"I wanted to make the Standing Rock water protectors proud while also speaking to everyone, particularly children," explained Goade. "As I learned more about this historic gathering of over 500 Native Nations and non-Native allies from around the world, I was so moved and inspired. This book helped me better understand the work I can do and the world I can help change as an artist activist. For that I'll always be grateful."

Lindstrom also congratulated Goade, writing on Twitter, "I have no words to describe how proud of you I am. I love you so so much. You are so extremely talented and just an amazing person inside and out. CONGRATULATIONS!!!! So very well deserved. I wish I could hug you in person!"

"We Are Water Protectors" was published in March 2020 by Roaring Brook Press.