This could be the greatest Lego set of all time 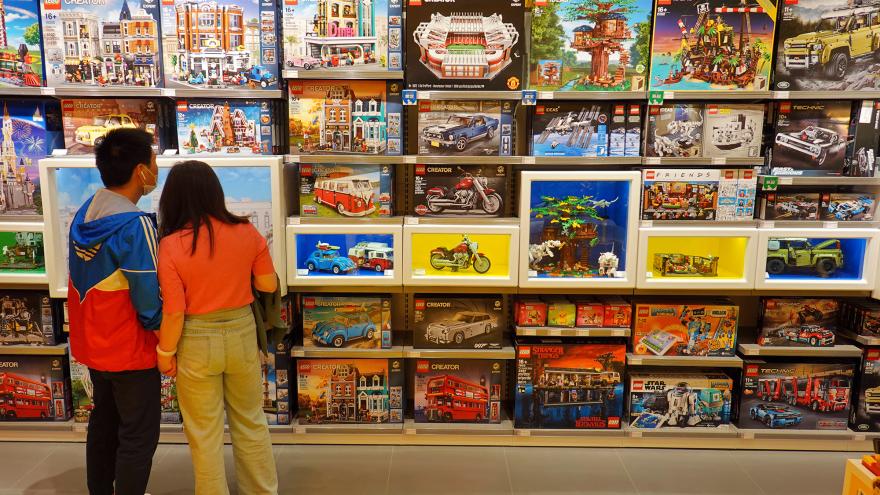 The answer we were looking for was: Gen Xers building a classic Nintendo Entertainment System made of Legos, including a Lego TV with the retro "Super Mario Bros." game on the screen. You were really close, though. Nice work.

Lego has teased a set that lets nostalgia geeks build the original Nintendo console, which debuted in the United States in 1985. The NES came with a "Super Mario Bros." cartridge, and so, too, does this Lego set. It even comes with a CRT "tube" TV, with dials, a stand and an antenna for good measure.

The set leaked on VJGamer, a Hong Kong website. The site shows off all the pieces, including the TV, which let's you "play" the Mario game with a crank on the side. Mario can jump around the screen, smashing blocks and Goombas.

It will reportedly cost $250, which ain't cheap. But as anyone with Lego-obsessed kids can attest to, sticker shock is just part of buying Legos. For a set that contains 2,646 pieces, that's still pricey but not out of the ballpark for what similar sets cost.

But is this set ... for kids? What nine-year-old even knows what a cathode ray tube is? Or a video cartridge? Or a controller with wires? There's definitely a nostalgia play here.

For the more technologically advanced Super Mario fans, Lego announced last month that it will sell Mario-themed sets that let people build levels (out of Legos) for Mario to play. Although the Lego set is offline, the Mario character comes with an LCD screen and a speaker that gives feedback as Mario traverses pipes, enemies and other terrain.