This endangered penguin loves to watch a show about penguins 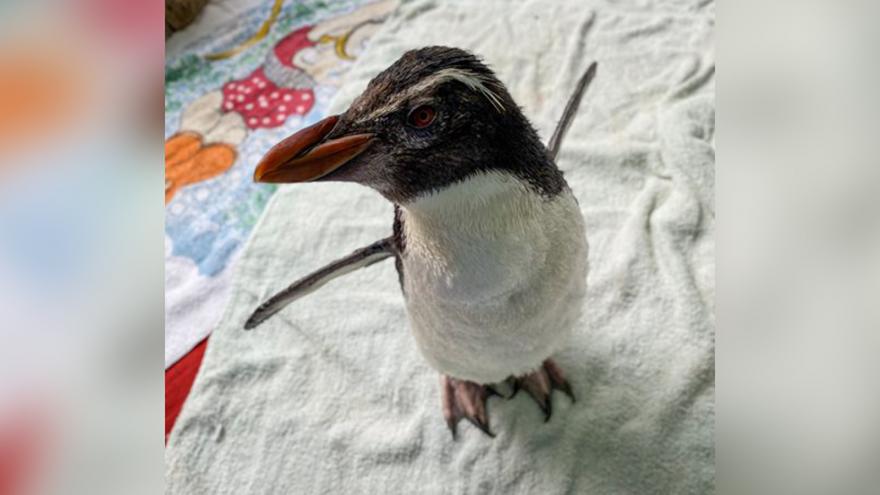 From Perth Zoo
(CNN) -- It can be a little lonely when you're the only endangered rockhopper penguin being cared for at a zoo in all of Australasia.

"Pierre" made a daring journey from islands in the Indian or South Atlantic Ocean and was found washed ashore in southwest Australia, according to Perth Zoo. The little fellow is in rehab because he's having some feather moulting issues and and is not waterpoof, so he isn't able to go back in the water.

Since he doesn't have any of his kind to play with, he's taken a liking to a children's claymation series about a family of penguins called "Pingu." His caretakers pull up the videos on an iPad and he waddles over to watch them. They say "Pingu" is at the top of his watch list, according to a Twitter post from the zoo.

He also enjoys documentaries about rockhopper penguins and watching other rockhoppers livestreaming from across the ocean at the Kansas City Zoo in the US and Edinburgh Zoo in Scotland.

Perth Zoo says rockhopper penguins are one of the rarest penguins in the world and the global population is thought to include less than 240,300 breeding pairs. They're known for their distinct bushy eyebrows and prefer to hop around on rocks rather than using their bellies to slide on ice.

The zoo is working with its international colleagues so Pierre can find a new place to recover and make new rockhopper friends.