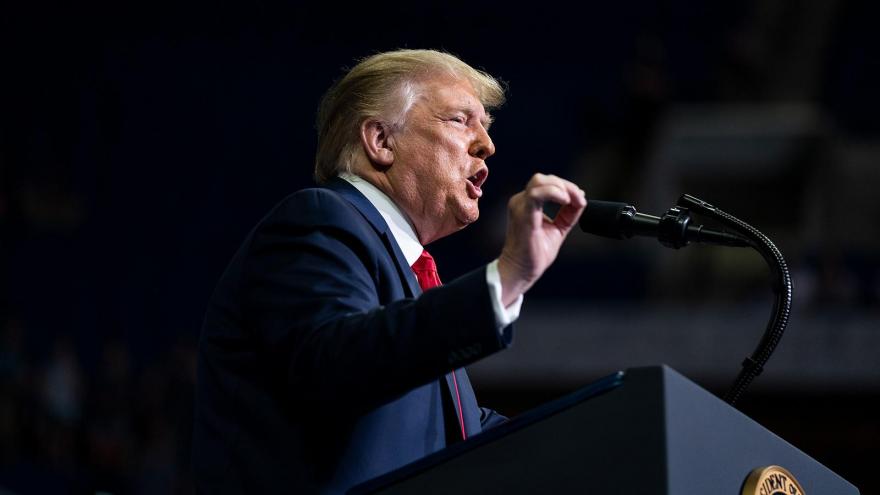 His argument: the devastating economic impact of the coronavirus pandemic has forced officials to do more to protect American jobs.

Business groups and immigrant rights advocates are crying foul. They say these restrictions will ultimately harm the economy, and they're accusing the Trump administration of using the public health crisis as a pretext to enact unnecessary immigration restrictions.

Unless you're an attorney or an immigrant with experience navigating the US system, the alphabet soup of visas listed in Monday's proclamation might be tough to decipher. The bottom line: a wide range of workers, from au pairs to software engineers, will be blocked from coming to the US at least until January. And those restrictions could be extended.

There are some exceptions. Among them, the proclamation says officials will come up with standards to let in people treating Covid-19 patients or conducting research to help the US combat the pandemic.

It also will draft similar standards to admit people who are critical to national security, are necessary to help the country's economic recovery or are essential to the US food supply chain. And the new measures don't apply to people who've already been issued valid visas.

But even so, the Migration Policy Institute estimates some 167,000 temporary workers will be kept out of the United States as a result of these new restrictions, which take effect on Wednesday.

Here's a look at what kind of jobs are included in Trump's proclamation, and how many people could be affected in each visa category.

What it is: According to USCIS, the H-1B visa category covers individuals who "work in a specialty occupation, engage in cooperative research and development projects administered by the U.S. Department of Defense, or are fashion models that have national or international acclaim and recognition."

What kind of work these visas cover: The H-1B is most well known as a visa for skilled tech workers, but workers in other industries, like health care and the media, have also been known to use these visas.

What it is: According to USCIS, the H-2B program allows US employers or agents "to bring foreign nationals to the United States to fill temporary nonagricultural jobs."

What kind of work these visas cover: They generally apply to seasonal workers in a wide variety of industries, according to the National Immigration Forum, including landscaping, forestry, hospitality and construction.

How many people could be affected: 23,000, according to MPI.

What it is: According to USCIS, the L visa category covers "temporary intracompany transferees who work in managerial positions or have specialized knowledge."

What kind of work these visas cover: Managers, executives and employees with specialized knowledge.