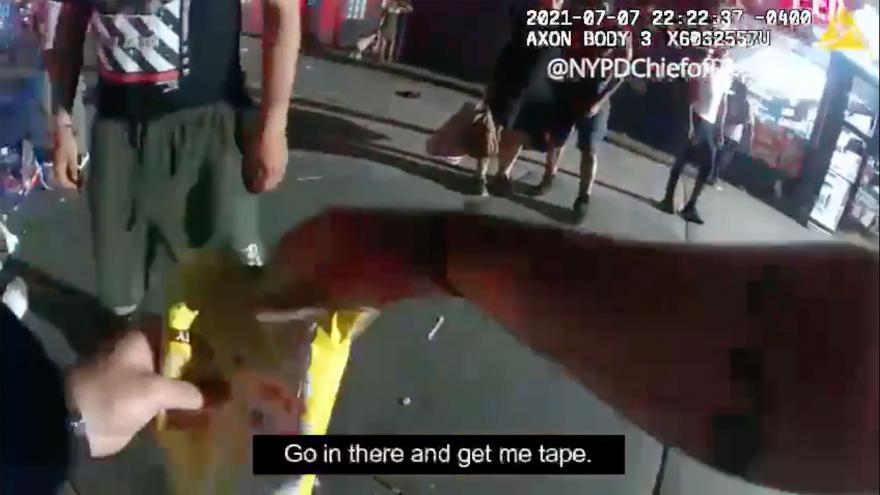 Officer Ronald Kennedy arrived at the scene in Harlem on July 7 and immediately approached the victim.

"Go get me a bag of potato chips right now," Kennedy can be heard saying in body cam video footage that NYPD released of the incident.

A man nearby is then seen running into the store behind them and returning with a bag of potato chips. Kennedy emptied the bag and asked for tape.

"He caught me in my lung," the victim said.

Kennedy called out for two people nearby to help lay the victim down on his back, and that's when Kennedy began taping the chip bag onto the victim's chest to cover the wound and slow the bleeding until an ambulance arrived.

"We got you, we got you," Kennedy can be heard saying.

When EMS arrived on scene, they removed Kennedy's makeshift bandage and transferred the victim onto a stretcher and transported him to Harlem Hospital.

According to the attending physician there, Kennedy's quick thinking saved the victim's life.

It's unclear if the suspect has been arrested at this time.