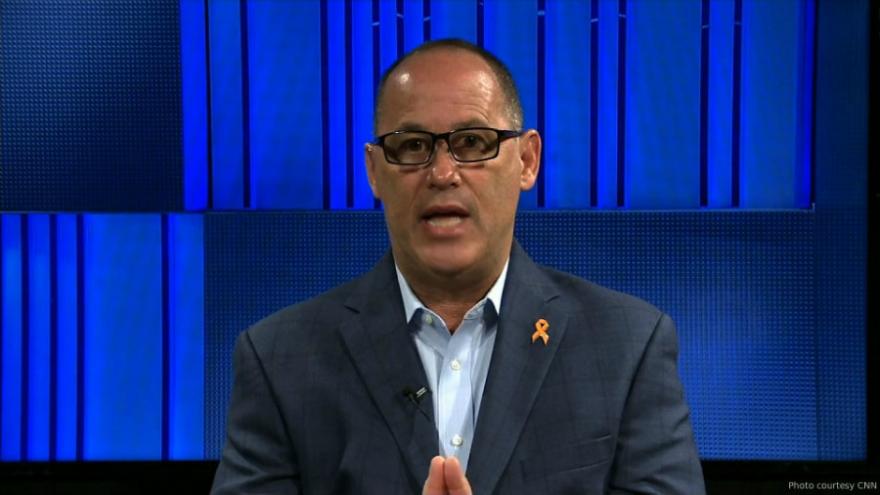 (CNN) -- Fred Guttenberg is exasperated that the government is about to allow plans for 3-D printed guns to be posted online.

Guttenberg, whose daughter Jamie was one of 17 people slain in February's high school shooting in Parkland, Florida, says the plastic weapons are the most important issue facing the country right now. And he blames the Trump administration for letting them happen.

"What this administration did -- and they did not need to do it -- is they actively rolled back the public safety of citizens in the greatest way ever in my lifetime," Guttenberg told CNN's "New Day" Tuesday morning.

Plans for 3-D printed guns will be legally available for download Wednesday following a settlement between the federal government and a gun-rights group. Gun control advocates warn that the guns would be made without serial numbers and be largely untraceable by law enforcement.

The 3-D printed guns would also make it easier for people who cannot pass criminal background checks to get their hands on guns, said Avery Gardiner, co-president of the Brady Campaign to Prevent Gun Violence.

"All of the talk of hardening schools that came out of what happened in Parkland and previously (is) not going to matter anymore" if nothing is done, Guttenberg said.

Guttenberg, who has been outspoken about finding solutions to gun violence in America's schools since his daughter's death, wants a court to block the settlement.

"We must put a stop to this agreement (in a court) -- that's the first step. Then it gives the legislatures time to react and put a permanent stop," Guttenberg said.

"I will tell you what our legislators need to do going forward: They need to stop paying attention to the hourly Trump tweet, and they need to pay attention to the real news affecting us Americans," he said. "This did not need to get missed, and it did."

Later Tuesday morning, President Trump tweeted that he was "looking into 3-D Plastic Guns being sold to the public."

"Already spoke to NRA, doesn't seem to make much sense!" the tweet reads.

In June, a Texas gun-rights group, Defense Distributed, reached a settlement with the government that will allow it to post designs for 3-D printable guns online. According to the settlement, the plan wasn't supposed to be online until Wednesday, but more than 1,000 people have already downloaded plans to print an AR-15 style semiautomatic assault rifle, according to the office of Pennsylvania Attorney General Josh Shapiro.

The settlement ends a multiyear legal battle that started when Defense Distributed founder Cody Wilson posted designs for a 3-D printed handgun he called "The Liberator" in 2013. The single-shot pistol was made almost entirely out of ABS plastic -- the same material Lego bricks are made from -- and could be made on a 3-D printer.

The only metal parts were the firing pin and a piece of metal included to comply with the Undetectable Firearms Act.