Thomas Fire is the largest blaze in California history 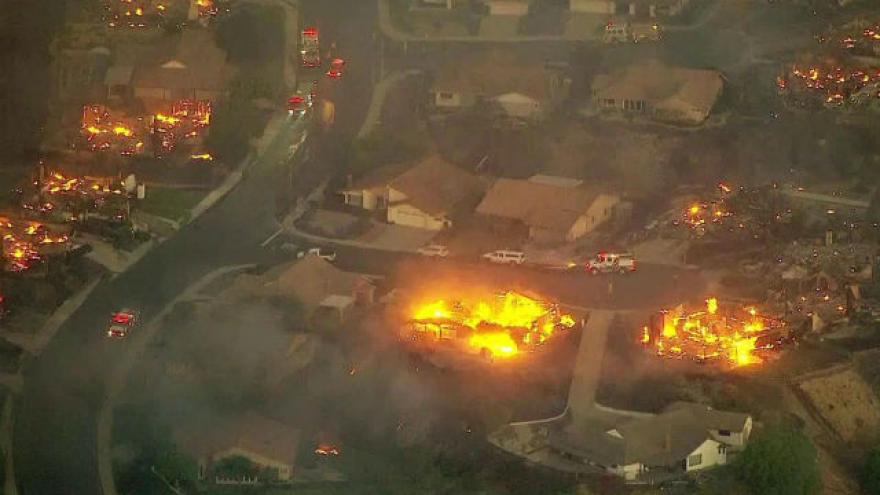 (CNN) -- The Thomas Fire is now the largest wildfire in California's modern history after torching 273,400 acres.

The blaze has surpassed the size of the Cedar Fire near San Diego, which destroyed 273,246 acres in 2003, according to the California Department of Forestry and Fire Protection, also known as Cal Fire.

Cal Fire has compiled a list of the biggest fires since 1932.

The Thomas Fire has devastated swaths of Southern California since it began on December 4 fueled by strong Santa Ana winds in Ventura County. It remains as the third-most destructive in structure losses, with 1,063 buildings burned, according to Cal Fire.

As of Friday night, the blaze was only 65% contained. Firefighters have been battling the flames for nearly three weeks in Ventura and Santa Barbara counties and are expected to continue working around the clock until January 7, fire officials said.

Currently, there are more than 2,800 firefighters trying to put down the flames.

Improving weather conditions have helped firefighters in the past days. A higher humidity and cooler temperatures have decreased the threat of new fires, leading authorities to continue lifting evacuations that had forced thousands to leave their homes.

• Long-awaited rain: The fire area has not received any rainfall over .10 inches since February, Cal Fire said. No rain is expected in the next weeks.

• Hefty price tag: About $110 million has been spent fighting the massive blaze, fire officials said. This year has been the costliest for wildfires in US history. Damages have topped $10 billion, and that was before the current fires began in Southern California.

• Size: The Thomas Fire has burned an area larger than New York City, Washington, DC, and San Francisco combined -- and larger than any city in California except Los Angeles.

• Casualties: One firefighter has been killed since the Thomas Fire began. Cory Iverson, from the San Diego unit of Cal Fire, was killed on December 14.