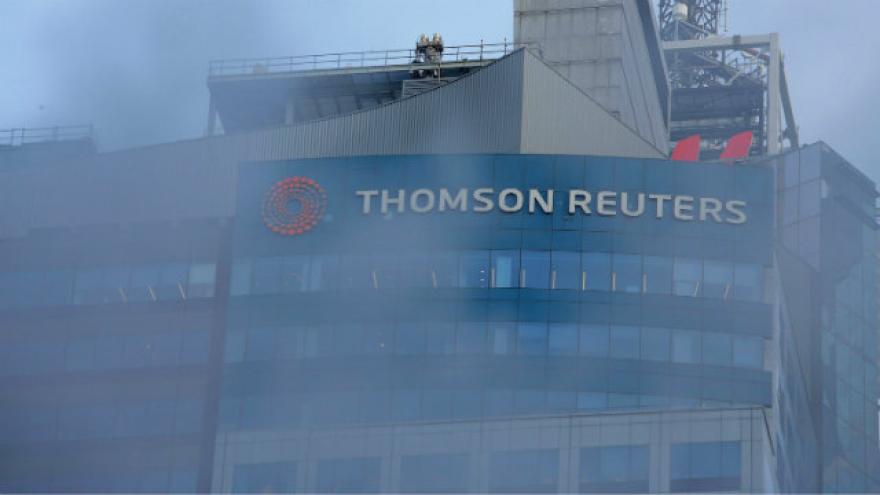 (CNN) -- Thomson Reuters is eliminating 12% of its global workforce.

The news and information company is drastically shrinking its staff, cutting 3,200 jobs and closing 55 offices by 2020. Reuters says it will employ roughly 23,800 people -- down from its current workforce of 27,000.

Reuters (TRI) revealed its plans for the future at its annual investor day in Toronto. The stock is up 3% on the news.

"Thomson Reuters is routinely looking at ways to run our global business operations more efficiently and effectively," a Reuters spokesman told CNN Business. "This disciplined approach sometimes includes the need to make personnel, or other, changes which allow us to balance our internal resources with the needs of our customers in a highly competitive environment."

The company sells a news wire service, financial software, images and services for the legal industry. A "majority" of the impacted employees have been notified, the company said, but it declined to specify which divisions are affected by the cuts.

Part of Reuters' plans includes reducing its capital expenditures by 3% and cutting the number of products it sells.

In October, Reuters sold a majority stake of its Financial and Risk unit to the private equity firm Blackstone Group for $17 billion.